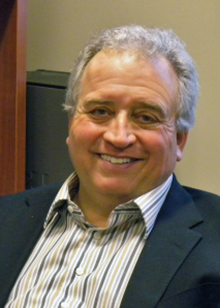 Both lectures are free and open to the public and are presented by the Department of Philosophy in the College of Arts and Sciences. The series is made possible by the Doctors Ada and Michael Anbar Lecture Series Fund, which aims to expose the campus community to the 3,000-year-old traditions of Jewish ethics.

“These lectures are meant to serve as an engaging and thought-provoking conversations, and this year’s is no exception,” says Ben Bradley, professor and Sutton Distinguished Chair of Philosophy. “Professor Hurka will discuss what makes life worth living and why one immoral act is considered worse than another—subjects sure to leave a lasting impression.”

Hurka joined the Toronto faculty in 2002, after three decades at the University of Calgary, where he held a series of faculty appointments. He is the author of several books from Oxford University Press: “British Ethical Theorists From Sidgwick to Ewing” (November 2014); “Drawing Morals: Essays in Ethical Theory” (2011); “The Best Things in Life: A Guide to What Really Matters” (2011); “Virtue, Vice, and Value” (2001); and “Perfectionism” (1993).

A scholar of political philosophy, particularly normative ethical theory, Hurka also studies the justification of punishment, population ethics, nationalism, friendship and the morality of war. From 1989 until 1992, he wrote a weekly ethics column for the Globe and Mail newspaper.
For more information, contact Bradley at wbradley@syr.edu.