Mezzo-soprano Stephanie Blythe, one of the most critically acclaimed artists of her generation, will perform on Wednesday, Sept. 24, at 8 p.m. in the Rose and Jules R. Setnor Auditorium in Crouse College. The concert is free and open to the public. 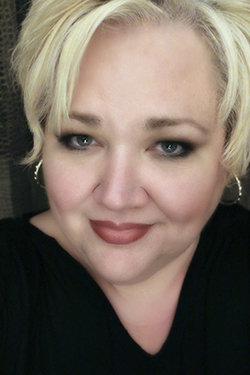 The program will include works by Poulenc, Ferré, Brel, Coward, Porter and DeSylva. Blythe will be accompanied by pianist Warren Jones.

The concert is presented as part of the Baker Artist Series in the Rose, Jules R. and Stanford S. Setnor School of Music in Syracuse University’s College of Visual and Performing Arts. Founded in 2013 with a grant from the Dexter F. & Dorothy H. Baker Foundation, the Baker Artists Program allows the Setnor School to offer a more robust on-campus residency program and provides support for music majors to take master classes and attend workshops and performances in major music cities. Learn more at http://vpa.syr.edu.

Blythe has sung in many of the renowned opera houses in the United States and Europe, including the Metropolitan Opera, San Francisco Opera, Lyric Opera of Chicago, Seattle Opera, Royal Opera House Covent Garden and the Opéra National de Paris. She has held title roles in “Carmen,” “Samson et Dalila” and “Orfeo ed Euridice,” among others. She also created the role of Gertrude Stein in Ricky Ian Gordon’s “27” at the Opera Theatre of Saint Louis.

Blythe has appeared with many of the world’s finest orchestras, including the New York Philharmonic, Boston Symphony Orchestra, Chicago Symphony Orchestra, Los Angeles Philharmonic, the Ensemble Orchestre de Paris and the Concertgebouworkest. She has also appeared at the Tanglewood, Cincinnati May and Ravinia festivals, at the BBC Proms, and worked with many world-renowned conductors. She has presented in recital at Carnegie Hall and Lincoln Center, among other venues.

Jones was named “Collaborative Pianist of the Year” for 2010 by the publication Musical America and performs with many of today’s best-known artists. He is principal pianist for the California-based chamber music group Camerata Pacifica and is a member of the faculty of Manhattan School of Music and the Music Academy of the West. In December, he will lead the world premiere of a new operatic version of “A Christmas Carol” at the Houston Grand Opera.

For most Setnor Auditorium events, free and accessible concert parking is available on campus in the Q1 lot located behind Crouse College. If the lot is full or unavailable, guests will be directed to alternate lots. Campus parking availability is subject to change; call 315-443-2191 for current information.