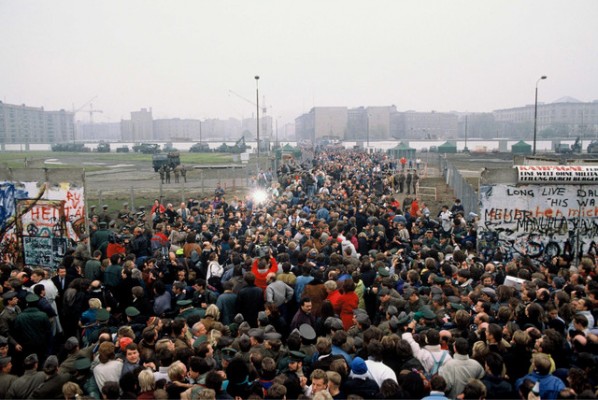 Thousands of East Germans stream through the Berlin Wall a few days after it’s opening on November 9th, 1989 when the East German Government announced it would start granting exit visas to anyone who wanted to go to the West. The announcement was misinterpreted as meaning the border was completely open. East German border guards were unable to stop the rush of people which led to the complete opening of the border within days. (Corbis Images)

In 1989, the Berlin Wall fell, enabling all German citizens to travel to West Germany and West Berlin and ultimately leading to the reunification of East and West Germany. Nearly 25 years later, approximately 4,000 miles away, Syracuse University is commemorating this historic occasion with a three-month-long series of events and activities, including lectures, screenings, a digital story contest and a re-enactment of the building and tearing down of the wall. 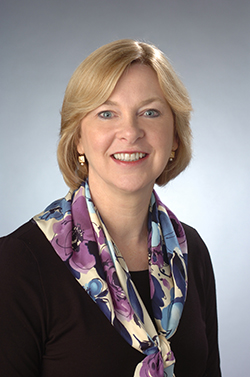 “To say the fall of the Berlin Wall was a pivotal moment in German history would be a dramatic understatement,” says Mary Lovely, who holds multiple titles at Syracuse, including professor of economics and chair of international relations. “The schedule of events we’ve compiled will help students understand the historical significance of the rise and fall of the Berlin Wall and will spark a meaningful dialogue about the factors that made peaceful revolution and reunification possible.”

Students are invited to participate in the building of a replica of the Berlin Wall on Monday, Oct. 20 (time TBA), outside of Maxwell Hall. All week long, students are also invited to express their feelings about the Berlin Wall—and physical and symbolic barriers, in general–by decorating the wall with graffiti. The wall will be torn down on Saturday, Oct. 25 (time TBA), and will be followed by a brief reception, featuring authentic German refreshments.

Funded by a grant from the Embassy of the Federal Republic of Germany, the commemoration is co-sponsored by the Department of International Relations and the Moynihan European Research Centers, all in the Maxwell School of Citizenship and Public Affairs; the Department of Languages, Literatures; and Linguistics in the College of Arts and Sciences; and the School of Architecture.

The schedule of events is as follows:

Lecture: “Fall of the Wall: Did Economics Play a Role?”
Presented by Irwin Collier, professor of economics at the Free University of Berlin (Germany)
Monday, Sept. 22, 4 p.m.
220 Eggers Hall

Lecture: “1989 and the Remaking of the European Political Order”
Lecture presented by Jeffrey Kopstein, professor of political science and director of the Centre for Jewish Studies at the University of Toronto
Tuesday, Oct. 16, 4 p.m.
220 Eggers Hall

Students are also invited to participate in a digital story contest, for which they will create and submit a video or photo essay, detailing their perspective on the Berlin Wall, its impact on them, and how it has influenced their view of boundaries and borders. The deadline for submission is Sunday, Oct. 12; winners will be announced on Saturday, Oct. 25.

All events are free and open to the public. For more information, visit berlinwall25.syr.edu or email berlinwall25@maxwell.syr.edu.