Share
College of Arts and SciencesNational Institutes of Healthresearch

The most common birth defect among newborn babies is hearing loss. In fact, according to the American Speech-Language-Hearing Association, more than 12,000 babies are born each year with some degree of hearing loss. But Beth Prieve, professor of communication sciences and disorders (CSD) in the College of Arts and Sciences, hopes to positively impact these children, especially preterm infants. 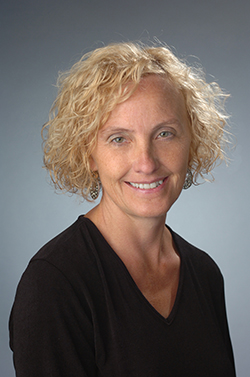 Prieve and Linda Hood, professor of hearing and speech sciences at Vanderbilt University, were recently awarded a five-year, $3 million grant by the National Institute on Deafness Research and other Communication Disorders (NIDCD), one of the institutes of the National Institutes of Health (NIH), to study and measure auditory responses among newborns. More than $1.4 million of the grant will be used by Prieve and her team of researchers at Syracuse. Prieve and Hood, who will serve as co-investigators on this study will be conducting the same set of measures at each of their sites. They will then combine the collected data to analyze a larger sample size.

“Hearing problems are prevalent in preterm infants, but other neurological deficiencies are also widespread, and often one type of problem gets confused with another,” says Prieve, who also serves on the neuroscience studies faculty. “We anticipate the data gathered through our study will help us untangle deficits in the auditory system from other neurological problems. Ultimately, preterm infants with a wide variety of conditions will be tested, and we anticipate that the results will be informative to the scientific community, and directly impact intervention decisions for infants and toddlers.”

Prieve says this research will be a team effort and has enlisted the help of Steven Gross, a neonatal and pediatric expert at Crouse Hospital in Syracuse. Prieve and Gross will enroll preterm infants cared for in Crouse’s neonatal intensive unit into the study. Researchers will then measure auditory responses from these newborns as they grow and will examine how they relate to and predict language outcomes at two years of age. The results from this study are expected to improve the scientific and clinical knowledge of various auditory measures and couple the auditory measures to language and developmental outcomes, ultimately influencing the fields of audiology, neonatology, pediatrics, speech-language pathology and early intervention.

“Understanding the causes of variability in auditory neural responses is critical for effective diagnosis of hearing problems and evaluation of neural integrity early in life,” Prieve adds. “Our research will improve the healthcare of these infants by accelerating the identification of behavioral delays earlier in life, while supplying parents and providers with improved information earlier, so they can make more efficient and timely rehabilitation decisions.”

Prieve joined the Syracuse faculty in 1990. She earned a Ph.D. in audiology and hearing science from the University of Iowa and a master’s degree in audiology from the University of Minnesota. She has licensure in New York to practice as an audiologist. A highly decorated scholar, Prieve was named a fellow of the American Speech-Language-Hearing Association in 2009 and received the Distinguished Achievement Award from the New York State Speech-Language-Hearing Association in 2004. A prolific publisher, her work has been featured in a variety of scientific journals, including Ear and Hearing; Hearing Research; Pediatrics; the Journal of the American Academy of Audiology; and the Journal of Speech, Language and Hearing Research.

“Beth has dedicated her career to improving how we identify hearing loss in infants and young children,” says Karen Doherty, professor and chair of CSD. “This a challenging population to work with because they cannot simply raise their hand when they hear a beep, and these children often have other health problems. However, early intervention of a child’s hearing loss is critical.  Beth played a key role in getting the universal newborn hearing screening program started in New York, and she has sat on several national committees to establish best practice guidelines to test young children. This grant will allow Beth to take her passion for pediatric audiology to the next level. The results of her collaborative work with Dr. Hood on this grant will directly influence how we test and recommend intervention for hearing-impaired infants and toddlers in the future.”