Named for the great short story writer and poet who taught at Syracuse in the 1980s and died in 1988, the Raymond Carver Reading Series is a vital part of the university’s literary life. The series is presented by the Creative Writing Program in Syracuse University’s College of Arts and Sciences. The Carver Reading Series is presented as part of the popular undergraduate course Living Writers. The series each year brings 12 to 14 prominent writers to campus to read their works and interact with students. Students read an author’s book, write about it and discuss it before the author visits campus.

Fall 2014 Series Schedule
All readings begin at 5:30 p.m. in Gifford Auditorium, in Huntington Beard Crouse Hall. Question-and-answer sessions are from 3:45 to 4:30 p.m. For more information, call 443-2174. This semester’s series includes the following authors. 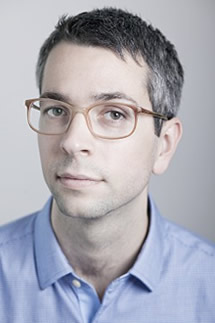 Wednesday, Sept. 24: Edan Lepucki, whose debut novel, “California” (Little, Brown & Co.) was released in July. She is also the author of a novella, “If You’re Not Yet Like Me” (Nouvella Press, 2013) and other short fiction. Lepucki is a staff writer for the online literary magazine The Millions and teaches creative writing at the UCLA Extension Writers’ Program and for Writing Workshops Los Angeles, which she founded.

Wednesday, Oct. 22: Mary Ruefle, a poet and essayist whose latest collection is “Trances of the Blast” (Wave Books, 2014). Her 1989 “The Adamant” (University of Iowa) won the Iowa Poetry Prize. She has received fellowships from the National Endowment for the Arts and the Guggenheim Foundation. Ruefle has been named the Dopulos-Larsen Distinguished Poet.

Wednesday, Nov. 5: Daisy Fried, a poet whose “Women’s Poetry: Poems and Advice” (University of Pittsburgh, 2013) Library Journal named one of the five best poetry books of 2013. Recent poems have been published in the London Review of Books, The Nation, The New Republic, Poetry, The Threepenny Review and in the Best American Poetry 2013.

Wednesday, Dec. 3: Ruth Ozeki, a novelist whose most recent work, “A Tale for the Time-Being” (Viking/Canongate, 2013), was shortlisted for the Man Booker Prize. Her first two novels are  “My Year of Meats” (Viking Adult, 1998) and “All Over Creation” (Viking Adult, 2003). Ozeki is also a filmmaker and a Zen Buddhist priest. She is the David Edelstein and Jennie Berkson Distinguished Author.