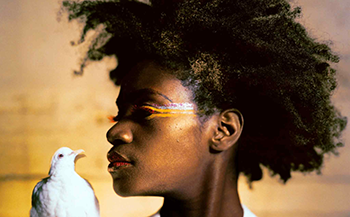 A scene from “Through a Lens Darkly: Black Photographers and the Emergence of a People ” to be shown Thursday, Sept. 18, at 7 p.m. in Joyce Hergenhan Auditorium

The Syracuse University Human Rights Film Festival brings an outstanding lineup of critically acclaimed films addressing social justice issues around the globe to Central New York, Sept. 18-20. Now in its 12th year, the festival is part of Syracuse Symposium 2014: Perspective and is presented by the SU Humanities Center in the College of Arts and Sciences and the S.I. Newhouse School of Public Communications. All screenings are free and open to the public; American Sign Language (ASL) interpretation will be available at each screening.

“As we witness an escalation of wars, conflicts and struggles raging across the planet right now, human rights media remain a vital resource for not only bringing to light critical issues and events, but also for providing a dynamic public space in which to discuss how we can realize the fundamental values of equality and justice for all, respect for difference and protection from violence,” says Tula Goenka, associate professor of television-radio-film in the Newhouse School and co-director of the festival.

The festival opens on Thursday, Sept. 18, at 7 p.m. in the Joyce Hergenhan Auditorium in Newhouse 3 with a screening of “Through a Lens Darkly: Black Photographers and the Emergence of a People,” directed by Thomas Allen Harris. This critically acclaimed film is the first documentary to explore the role of photography in shaping the identity, aspirations and social emergence of African Americans from slavery to the present.

Inspired by photo historian Deborah Willis’s book “Reflections in Black” and featuring the work of many scholars and artists, “Through a Lens Darkly” introduces the viewer to a diverse yet focused community of storytellers who transform singular experiences into a communal journey of discovery—and a call to action. Harris will be present to introduce and discuss the film.

“We are especially thrilled to have Thomas Allen Harris bring his new film to Syracuse, since several of the artists featured in the film, including Carrie Mae Weems and Hank Willis Thomas, will be coming to speak in Syracuse later this fall.” says Roger Hallas, associate professor of English in the College of Arts and Sciences and co-director of the festival.

On Friday, Sept. 19, at 7 p.m., the festival presents “Lakshmi,” Nagesh Kukunoor’s new feature film about sex trafficking in India that has generated much discussion in his home country. Inspired by a harrowing true story, the film follows 13-year-old Lakshmi, who is abducted along with several other girls. Taken to a brothel, she learns from a roommate how to survive, but Lakshmi is not ready to give in and accept her fate. As she resists bribes, threats and coercion, Lakshmi exudes rare courage and determination to stand up in court in what becomes a landmark case. Kukunoor will be present to introduce and discuss the film. 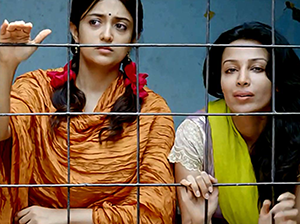 Public parking is available for $5 on Thursday, Sept. 18, at the University Avenue Garage (Harrison Street between Walnut Place and University Avenue) and in the Waverly parking lot (South Crouse Avenue at Waverly Avenue) for the screening in the Joyce Hergenhan Auditorium, Newhouse 3. On Friday evening, Sept. 19, and all day Saturday, Sept. 20, at Q4 (College Place) and Booth Garage (Comstock Avenue between Marshall Street and Waverly Avenue) for the screenings in Shemin Auditorium, Shaffer Art Building.

Full information can be found on the festival website: http://suhrff.syr.edu.

This poetic and deeply personal documentary examines how black photographers—both professional and amateur—have used the camera as a tool for social change from photography’s invention to the present.

This event is made possible in part by public funds from NYSCA’s Electronic Media and Film Presentation Funds Grant Program (administered by the ARTS Council of the Southern Finger Lakes).

Inspired by a true story, this harrowing feature film charts the courageous struggle for freedom and justice by a young Indian woman who was abducted into sex trafficking at age 13.

The screening will include an introduction by and question-and-answer session with director Nagesh Kukunoor.

The screening will include a Skype question-and-answer session with director Susanna Helke.

Closely following two friends over two years, “Return to Homs” is a visceral and urgent account of the Syrian revolution from the perspective of young idealists pulled into combat as the country descends into civil war. 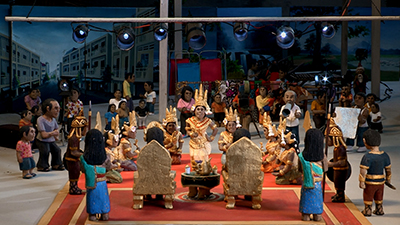 Scene from “The Missing Picture,” to be shown Saturday, Sept. 20, at 7 p.m. in Shemin Auditorium

This critically acclaimed and aesthetically groundbreaking film is Rithy Panh’s personal quest to re-imagine his childhood memories in the midst of the Khmer Rouge dictatorship in Cambodia.