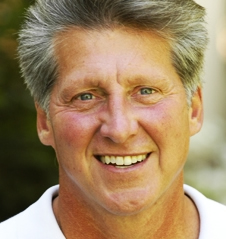 Hansen will discuss “Seeing into the Middle of Things: The Work of a Catholic Writer” on Monday, Oct. 6, at 7 p.m. in Maxwell Auditorium. The lecture is free and open to the public. For more information, contact the Department of Religion in the College of Arts and Sciences at 315-443-3863.

“Ron Hansen is a gifted writer whose work illuminates the relationship between faith and literature,” says Margaret Susan Thompson, chair of the Borgognoni Fund’s faculty steering committee. “Many of his novels and short stories combine history with morality and drama. In the process, they touch on spiritual themes of unconditional love, redemption and resurrection. His writing proves that good fiction can enhance one’s faith.” Thompson is based in the Maxwell School, where she serves as associate professor of history and political science and as a senior research scholar of the Campbell Public Affairs Institute.

Hansen is the Gerard Manley Hopkins S.J. Professor of English at Santa Clara University, where he also directs the creative writing program. His work spans contemporary literature, the Bible as literature and the work of Hopkins, one of Ireland’s leading Victorian poets. Hansen has taught English at more than a dozen other institutions, including the universities of Iowa (from which he earned an M.F.A. in creative writing), Michigan and Arizona.

A resident of California, Hansen is the author of 14 books, including “She Loves Me Not” (Scribner, 2012); “Exiles” (Picador, 2009); “Atticus” (HarperCollins, 1996); “Mariette in Ecstasy” (HarperCollins, 1991); and “The Assassination of Jesse James by the Coward Robert Ford” (Alfred A. Knopf, 1983), for which he also wrote the screenplay for the 2007 film, starring Brad Pitt and Casey Affleck. He also is a prolific poet, essayist and journalist.

Hansen is the recipient of more than 30 honors and awards, including the Award in Literature from the American Academy and National Institute of Arts and Letters. He has been a finalist for both the National Book Award and twice for the PEN/Faulkner Award in Fiction.

A Jesuit-educated Catholic, Hansen is a permanent deacon for the Diocese of San Jose, where he is part of the clergy at St. Joseph at Cupertino Parish.

“Ron Hansen is popular in both literary and religious circles,” says James Watts, professor and chair of religion. “His so-called ‘faith-inspired fiction’ treats writing as a form of prayer and thanksgiving, rather than a form of sermonizing.”

Now in its third year, the Borgognoni Lecture is made possible by the late Monsignor Charles L. Borgognoni (a.k.a. Father Charles), longtime Roman Catholic chaplain of the St. Thomas More Campus Ministry. Before his death in 2007, Borgognoni established a fund in memory of his parents, Joseph and Amelia, to promote the study of Catholic theology and religion in society at Syracuse University.

The Borgognoni Fund also relies on the generosity of Syracuse University friends and alumni, including Judith Pistaki Zelisko ’72, a member of the college’s board of visitors, and Charles Borgognoni ’76, nephew of Father Charles, both of whom have been spearheading fundraising efforts.

For more information about the Borgognoni Fund, contact Karen Weiss Jones at 315-443-2028 or kmweissj@syr.edu.