The Department of Languages, Literatures and Linguistics (LLL) in the College of Arts and Sciences is sponsoring a lecture by one of its most celebrated alumni, who also is a leader in German-American relations. 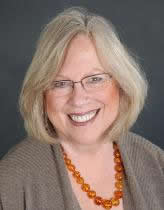 Lya Friedrich Pfeifer ’65, G’67, president of the Max Kade Foundation in New York City, will discuss “Building Transatlantic Partnerships: What a German Degree from Syracuse University Can Do” on Monday, Sept. 8, at 5:30 p.m. in the Katzer Room (347) of Hinds Hall. The lecture is free and open to the public and is part of LLL’s annual Alumni Speaker Series.

For more information, call Karina von Tippelskirch, assistant professor of German in LLL, at 315-443-5383 or kvontipp@syr.edu.

“Lya Friedrich Pfeifer is a Syracuse success story,” says Tippelskirch, coordinator of the department’s German program. “As president of the Max Kade Foundation, she understands the importance of promoting mutual understanding and cultural exchange among the people of Germany and the United States, particularly through initiatives in higher education. Her impact on German and German-American relations cannot be overstated.”

Tippelskirch says the lecture is timely, given the recent proliferation of global German-based companies and interest in academic and professional collaborations with Germany.

“A German degree is very flexible,” she adds, citing burgeoning career opportunities in business, education, media and the arts. “Her career is proof that a major or minor in German, when combined with another field of study, such as law or international relations, can be the gateway to success.”

Since 2003, Friedrich Pfeifer has served as president of the Max Kade Foundation, which sponsors various exchange programs in Germany, Austria and the United States involving postdoctoral fellows, faculty members and graduate and undergraduate students.

The daughter of German immigrants, Friedrich Pfeifer has had a lifelong interest in German culture and history. She has parlayed this interest into numerous honors and awards, including the 2009 Knight’s Cross of the Order of Merit, awarded to her by the president of Germany; an honorary degree from Allegheny College in Pennsylvania; and the Elysium-Between Two Continents Erwin Piscator Award, in recognition of her strengthening the academic, cultural and social ties between the United States and German-speaking countries.

A former lawyer, Friedrich Pfeifer has served as president of the German-American School of New York, director and vice president of the German American Partnership Program, director of Friends of Goethe of New York and a board member of Deutsches Haus at New York University. She earned a J.D. from the Touro College Jacob D. Fuchsberg Law Center in Central Islip, N.Y.

Through the generous support of the Max Kade Foundation, 25 Syracuse students (10 in the college’s German program and 15 in the Maxwell School’s Atlantis Transatlantic Degree Program) will receive travel fellowships to study abroad this year in Germany.