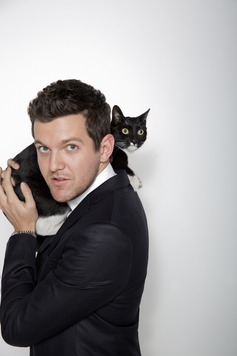 The festival will be held at Skytop Field on South Campus with music starting at 11 a.m. Ticket sales are open to all Syracuse University and SUNY ESF students for $15. The on-sale date and outlet for purchasing tickets will be determined in the near future. A valid student, staff or faculty. I.D. is required to purchase tickets to the event, as well as to gain entry to the venue.

Electronic musician Francis has performed at many of the world’s largest music festivals, including Coachella, the Ultra Music Festival, Electric Daisy Carnival and Camp Bisco. The California producer has released collaborations with EDM artists like Martin Garrix, DJ Snake, Diplo and A-Trak while working on remixes for artists ranging from Daft Punk to Justin Timberlake to Zedd to Passion Pit.

Francis’ headlining appearance at Juice Jam will be part of a North American tour that will also see the DJ headline New York City’s Barclays Center and the TommorowWorld music festival, which hosted over 140,000 guests in 2013. The tour will be in support of  Francis’ much anticipated debut album “Money Sucks, Friends Rule,” which will be released on Oct. 28 via Columbia Records.

Schoolboy Q is best known for his work on “Oxymoron,” his major label debut album that peaked at #1 on the Billboard Top 200 charts in February. Along with his two top 10 singles, “Man of The Year” and “Studio,” Schoolboy Q has made a name for himself by collaborating with a list of hip hop artists that includes Macklemore, A$AP Rocky, 2 Chainz and 2013 Juice Jam headliner Kendrick Lamar.

Best known for his singles “Bugatti” (featuring Rick Ross) and “Body 2 Body” (featuring Chris Brown), Ace Hood’s album “Blood, Sweat & Tears” hit #1 on the U.S. rap charts before the Florida hip hop artist went on to tour the country with the likes of Kendrick Lamar, A$AP Rocky and J. Cole. One of the most sought-after rappers currently performing, Hood has already worked with Lil Wayne’s Cash Money Records, DJ Khaled’s We The Best Music Group and Def Jam Recordings in his young career.

Just two years removed from releasing mashups from his college dorm room, progressive house producer 3LAU now tours the world with the likes of Tiesto, Hardwell and Pretty Lights, using his unique brand of accessible yet eclectic EDM to continue growing into one of the most in-demand artists on college campuses and music festival main stages around the world. 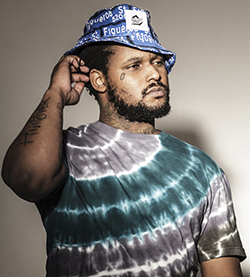 Singer/songwriter Tinashe fuses R&B and pop together in a manner so infectious that producers like Boi-1da (Drake, Chris Brown), Travis Scott (John Legend, Kanye West), Mike Will Made It (Miley Cyrus, Rick Ross) and DJ Mustard signed up to work with the rising star on her debut album Aquarius, which is set for a September release. The album’s lead single “2 On,” featuring Schoolboy Q, has already risen to #5 on Billboard’s R&B/Hip-Hop chart, as well as settling in at #1 in their Rhythmic Contemporary section.

Somewhere in between indie pop and electronica, New Zealand brother and sister duo Broods have already found success in their home country, their self-titled EP hit #2 on New Zealand’s official music charts earlier this year. After touring with Haim and signing to Capitol Records, Broods hope to duplicate that success stateside when their debut album, “Evergreen,” arrives to the United States on Aug. 22.

After spending much of 2014 making appearances on Spotify’s Viral 50 chart, Billboard’s Next Big Sound chart and having their releases featured on iTunes’ Single of the Week section, members of Misterwives have parlayed their Internet success into a headlining U.S. tour that will include a sold-out gig at Manhattan’s 1,500 capacity Webster Hall in September. The band released its debut EP, “Reflections,” in January and is currently recording its follow-up album, to be released on Island Def Jam in 2015.