Michael Schwartz, associate professor of law and director of the Disability Rights Clinic in the College of Law, has been named a recipient of a research scholarship through the U.S.-U.K Fulbright Awards Program. He will spend the spring 2015 semester engaged in research at Queen’s University Belfast in Northern Ireland. 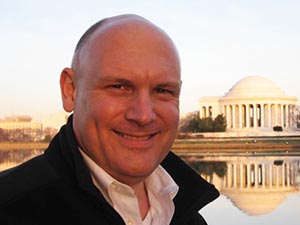 He will study the interplay between law and practice in the health care setting in Northern Ireland, particularly with the obligation of health care providers to be communication accessible to deaf persons.

“My work as an attorney for over 32 years in the United States has made me aware of the difficulty deaf people face in effectively accessing appropriate health care, especially mental health services,” says Schwartz, who is deaf. “The health care setting in the United States is by and large inaccessible for many deaf people because either a sign language interpreter is not present or the provider does not have cultural competence in working with deaf people. Based on anecdotal evidence from my contacts in the United Kingdom, my working assumption is that what is happening in the U.S. is also the case in Northern Ireland.”

Schwartz’s study will collect the narratives of the parties in the medical triad—patient, provider and interpreter—in an effort to better understand how they work and devise improvements in the delivery of health care services and greater compliance with the mandates of disability law.

Schwartz’s Fulbright research ties in with his human rights work at Syracuse University. He is currently working to establish a relationship with key elements of civil society in Ethiopia that will advance the country’s disability agenda; he visited the country to perform research last year. He is also working to bring an Ethiopian disability rights lawyer to Syracuse University as a student next year and is organizing an annual trip to Vietnam for students interested in the country’s disability policies and practices.

He is eager to go back to Northern Ireland, a place he has visited no less than 15 times in his life. “The Fulbright is the culmination of a long-held dream to live and work in Northern Ireland, one of my favorite spots on Earth,” Schwartz says.

Formerly a University Fellow, Schwartz holds five degrees, including a Ph.D. from Syracuse in education with a concentration in disability studies. He received a juris doctor degree from the New York University School of Law. He has been an actor with the National Theater of the Deaf; a law clerk to a federal district court judge; assistant district attorney in the Manhattan District Attorney’s Office; a trial attorney for the U.S. Department of Justice; a solo practitioner; and assistant attorney general in the New York State Department of Law. Prior to coming to Syracuse, he taught at the Rochester Institute of Technology for four years.

Beyond his scholarly activities, Schwartz holds a private pilot’s license and scuba diving certification. He has traveled the world extensively since 1967, including Canada, Mexico, East Africa, Vietnam, Israel and Europe.