College of Arts and Sciences Launches Minor in Arabic

In response to the growing interest in understanding Arab contemporary society, the College of Arts and Sciences has launched a minor degree program in Arabic.

The 20-credit-hour program prepares students to read, write and communicate orally in Arabic at a functional level in an international setting. It also trains them to recognize and respond to cultural patterns of Arabic-speaking peoples. 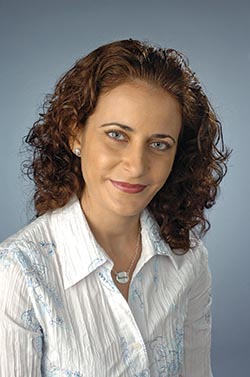 For more information, contact Rania Habib, assistant professor of linguistics and Arabic in the Department of Languages, Literatures, and Linguistics (LLL), at 315-443-5490 or rhabib@syr.edu.

“A minor in Arabic will increase students’ attractiveness in the job market, especially with the present demand for Americans who can demonstrate high proficiency in Arabic,” says Habib, who coordinates the Arabic Program and teaches in the Middle Eastern Studies Program. “Arabic has been designated as one of the critical languages by the U.S. government, which has been investing substantially in increasing the number of people who are proficient in it.”

Gail Bulman, associate professor and chair of LLL, is excited about the program, citing the growing need for qualified Arabic language teachers, as well as specialists who understand Arab culture and society.

“There’s been a huge increase in the number of students enrolled in Arabic language, linguistics and culture courses at Syracuse,” she says, adding that the retention rate among these students has been high. “Our goal is to translate these numbers into jobs in academia and industry.”

Arabic is spoken by more than 300 million people in 22 countries in the Middle East and North Africa. One of the world’s fastest-growing languages, it is the official language of 26 countries, the African Union, the Arab League and the United Nations.

“Arabic is the main medium of communication in business, government and media throughout the Arabic-speaking world. Its prevalence cannot be overstated,” Rania adds.