Gregg Lambert to Step Down from Syracuse University Humanities Center

Lambert, Dean’s Professor of Humanities, to Focus on Advancing the CNY Humanities Corridor to the ‘Next Level of Success’ 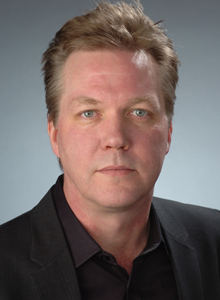 Since 2008, Lambert has served as director and principal investigator of the Corridor, which involves nine New York State institutions, including Cornell University and the University of Rochester. The Corridor is funded by The Andrew W. Mellon Foundation.

“We’re marking a new chapter in the life of the humanities at Syracuse University,” says Vice Chancellor and Provost Eric F. Spina. “Gregg Lambert brings a strong portfolio of scholarship and leadership to the campus community, as evidenced by his pioneering work with the Humanities Center. Concurrently, he has increased the size and scope of the Corridor by involving the New York Six Liberal Arts Consortium [Colgate and St. Lawrence universities; as well as Hamilton, Skidmore, Union and Hobart and William Smith colleges]. I am confident Gregg will take the Corridor to the next level of success.”

Ruhlandt echoes these sentiments, calling Lambert an “ardent champion” of the humanities.

“He’s the perfect person to make the Corridor a national model for interdisciplinary research and collaboration,” she says. “Under the leadership of Cathryn R. Newton [dean emerita and professor of earth sciences and interdisciplinary sciences], he helped lay the groundwork for the Humanities Center and the Corridor, both of which have become national success stories. I’m thrilled that Gregg will concentrate his energies on the Corridor and, in the process, bring distinction to Syracuse University for years to come.”

Senior Associate Dean Gerald R. Greenberg will oversee operations of the Humanities Center, which is administered by the College of Arts and Sciences, while Ruhlandt determines its long-term leadership, in concert with the faculty.

“Gregg brings tremendous vitality to the Corridor,” says Greenberg, who oversees the College’s academic affairs; the humanities; and curriculum, instruction and programs. “He has worked persistently with participating faculty to cultivate areas of interdisciplinary research and humanistic inquiry. These areas, in turn, have fostered an awareness of and financial support for the humanities throughout the region.”

Lambert recently returned to campus after a yearlong academic sabbatical. Much of his time was spent working on the Perpetual Peace Project (PPP), a multilateral curatorial program that he co-launched in 2008 with the Humanities Center, the Slought Foundation in Philadelphia and the European Union National Institutes for Culture in Brussels (Belgium).

As part of PPP, Lambert spent last fall as a Visiting Distinguished Professor in the Centre for the Humanities at Utrecht University (Netherlands), an appointment that coincided with both the 300th anniversary of the Treaty of Utrecht and the launch of the next phase of PPP titled “Re-Drafting Perpetual Peace.” Afterward, he lectured in Korea, Hong Kong, Taiwan, Australia, Switzerland and Sweden.

In January, the Corridor was highlighted at the Chicago Humanities Summit (co-sponsored by the American Academy of Arts and Sciences and the Modern Language Association), where Lambert facilitated a session titled “How to Do Humanities on a Regional Scale.” His appearance there was fitting, given his recent election to the International Advisory Board of the Consortium of Humanities Centers and Institutes. The board includes more than 20 humanities leaders from around the globe.

A scholar of comparative literature and critical theory, Lambert joined the English faculty in 1996. He served as chair for three years and was appointed in spring of 2008 to head up the newly established Humanities Center, located in the historic Tolley Building. Lambert promptly moved a number of existing initiatives into the center, including Syracuse Symposium and the Jeanette K. Watson Distinguished Visiting Professorship. He also implemented a slew of other projects and initiatives, including the Watson Visiting Collaborator program; the Syracuse Symposium Seminar and HC Mini-Seminar series; the Humanities Faculty Fellow lecture and HC spring symposia series; and internal and external fellowship opportunities for faculty, postdoctoral researchers and graduate students, funded by the College of Arts and Sciences and the Maxwell School.

“I’m looking forward to this next phase of the Corridor under Gregg’s leadership, which has already produced so many exciting and otherwise unlikely collaborations,” Linder says. “The range and quality of initiatives will certainly be a major contribution to our community.”

Perhaps no alliance has had more far-reaching consequences for Lambert than the one with One World Community Foundation (organized by Syracuse University Trustee Samuel Nappi), enabling PPP to play a key role in the Dalai Lama’s visit to campus in 2012. Lambert made national headlines by introducing His Holiness at a public forum and orchestrating some of the related programming.

Dean Emerita Cathryn Newton oversaw the Corridor’s first phase in 2005-08, when it consisted of Syracuse University, Cornell and Rochester. The Corridor has since grown to include the New York Six consortium.

“The Corridor does not substitute for rich humanities programming at each of the participating institutions, but, instead, takes full advantage of existing strengths, while cultivating new connections,” she says. “Gregg has created collaborations in areas that were not part of the original proposal.”

Lambert is credited for fostering recognition of overlapping areas of scholarly strength, connectivity among existing faculty networks, and greater regional collaboration in selected research areas. Case in point: The Corridor has administered nearly 60 working groups, involving some 300 faculty members. The result has been a dizzying array of symposia, lectures, exhibitions and performances, in areas encompassing philosophy; linguistics; visual arts and culture; musicology and music history; the digital humanities; language, literature, and culture; and archives and media.

Along with his leadership team (i.e., Rochester’s Thomas DiPiero, Cornell’s Tim Murray and Colgate’s Mary Ann Calo) and a second $1 million grant from the Mellon Foundation, Lambert appears confident about the future.

“I am honored and excited about this opportunity,” says Lambert, the author of 12 books and more than 50 scholarly articles. “I look forward to working closely with Interim Dean Ruhlandt to enrich both traditional humanistic inquiry and new interdisciplinary research throughout Central New York.”