Poet Will Schutt to Appear Oct. 8 in Raymond Carver Series

The poet Will Schutt will participate in Syracuse University’s Fall 2014 Raymond Carver Reading Series with a reading Wednesday, Oct. 8, in Gifford Auditorium. A question-and-answer session is from 3:45-4:30 p.m., followed by the reading. 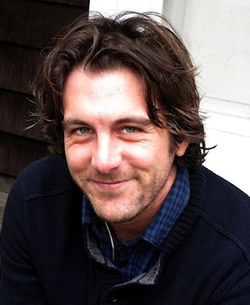 “Familial and historical apparitions,” including Napoleon, Peter the Great and Dante “haunt this dazzling collection,” Yale University Press said of “Westerly.” Critically acclaimed poet Carl Phillips, who judged the Yale contest, called Schutt’s collection “a book of uncommon wisdom,” whose poems offer “Not only beauty, but a persuasive insight into what I call the lived life, the one that risks knowing what’s difficult, despite the sorrow that so often follows the knowing.”

Schutt, wrote Publishers Weekly, is “terse, well-traveled, resolutely unfashionable, and, finally, wise.” His debut, the magazine wrote, “can seem too short, but everything in it heralds a seriously important career.”

His poems and translations appear in outlets including Agni, FIELD, Harvard Review, the New Republic and the Southern Review.

In an essay in Kenyon Review Online, Schutt outlines some of his writing philosophy. “Good poems aim for hard truths … and truth incite a measure of discomfort. You want to get close, but not too close.” He said he strives for balance in his writing: “Where one line runs on high octane, the following line, I hope, idles in simplicity. Description begets abstraction. The next line revises the last.”

The series will continue with the following authors. Further information is available by calling 315-443-2174

Wednesday, Oct. 22: Mary Ruefle, a poet and essayist whose latest collection is “Trances of the Blast” (Wave Books, 2014).

Wednesday, Nov. 5: Daisy Fried, a poet whose “Women’s Poetry: Poems and Advice” (University of Pittsburgh, 2013) Library Journal named one of the five best poetry books of 2013.

Wednesday, Dec. 3: The novelist Ruth Ozeki, whose most recent work, “A Tale for the Time-Being” (Viking/Canongate, 2013), was shortlisted for the Man Booker Prize.