100 Years after WWI: The Lasting Impacts of the Great War 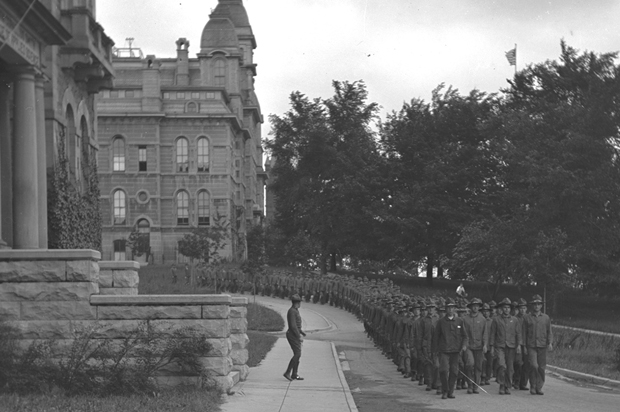 In this photo, circa 1918, the Students’ Army Training Corps marches in formation by the Hall of Languages. This is one in a collection of photos from Syracuse University Archives that show WWI activity on campus.

It was called the Great War and the war to end all wars.

One hundred years later, the chaos and consequences of World War I, which began on July 28, 1914, when Austria-Hungary declared war on Serbia, had repercussions that continue to resonate in today’s world. David H. Bennett, Meredith Professor and professor emeritus of history at the Maxwell School and the College of Arts and Sciences, discusses insights of a century on and the war’s lingering effects.

Q: What were some of the biggest impacts of World War I? 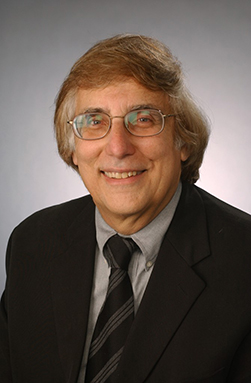 It resulted in, inevitably, World War II and another revolution in Germany, which brought Hitler to power. He was dedicated to the proposition that he would wipe away the “stain of Versailles,” which was the peace conference after the war.

The war also affected consciousness. It shattered the secure, ordered life of Edwardian England, and people said after the war that the same sense of stability would never be there again. “The lamps are going out all over Europe, we shall not see them lit again in our life-time,” British Lord Grey said.

The war brought about such bitterness about the nature of war because it went on for so long and had enormous casualties—for example, the French had 1.39 million military deaths in a nation of 40 million and the British had almost 800,000 dead.

So when Hitler began to rearm Europe, instead of responding, the British and French wanted to avoid conflict at all costs. There are other reasons why they did that. For example, some European leaders had such a fear of the Soviet Union that they saw Hitler’s Germany as a bulwark against the spread of hated communism. But the casualties list in the Great War was a major reason for appeasement.

Q: How was the United States shaped by the war?

A: The response to the war in the United States was resentment about what many people feel was a failed peace effort at Versailles. The president of the United States, Woodrow Wilson, promised this would be a war to end all wars and would be followed with a peace without victory. To many Americans, especially many ethnic groups, German-, Irish- and Italian-Americans, it looked like a victor’s peace because so many people in Germany, Italy and Ireland were unhappy about the peace treaty. 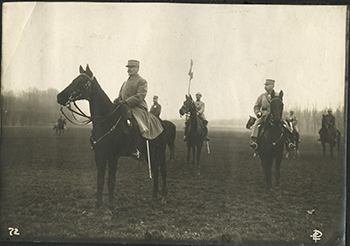 French Marshal Ferdinand Foch, commander of the Allied forces, enters the city of Metz, Germany, (later reverted back to France after decades of German occupation) the day after Armistice Day in 1918. Syracuse University medical school graduate Edward S. Van Duyn (1897), who served at a U.S. Army hospital in France, took the photo after driving with a colleague past “No-mans Land” and abandoned German trenches to reach the city. From the Edward S. Van Duyn World War I Collection, courtesy of the Special Collections Research Center at Syracuse University Libraries

The result of the war was America’s retreat from the world, a retreat to isolationism. That’s what Warren Harding meant in his inaugural address in 1921. He said we needed a return to normalcy, and so the U.S. never signed the Treaty of Versailles and never joined the League of Nations, even though it was an idea put forward by the American president.

When Hitler was rearming Europe and fascism was spreading, the response inside Congress was to pass the Neutrality Acts to make sure the United States would not be dragged into another war. That’s one of the reasons why war broke out in September 1939 and the U.S. didn’t get involved until it was attacked in 1941.

Q: How are the problems in the Middle East traced back to World War I?

A: The war led to the Ottoman Empire’s collapse and the establishment of a new invented state, Iraq, created by the British out of Mesopotamia and Kurdish-occupied areas for its oil resources.

The same thing happened in the Middle East, with the creation of Syria, Jordan, Lebanon and Palestine, which were all part of a great barbecue divided up by the French and British as spoils of war. The borders had nothing to do with the nature of where the populations lay.

The British promised the Arabs autonomy in their area, and also promised the Jews a national homeland in the Holy Land—both unable to be fully realized. There were a lot of other reasons why there has been an enormous series of crises in the Middle East, but what happened in WWI was not totally unconnected.

Q: What is the biggest misconception about World War I that people may have? 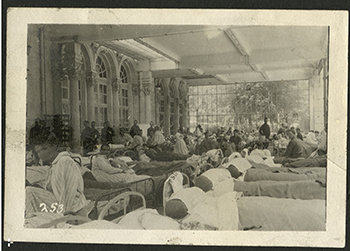 Patients convalesce inside U.S. Army Base Hospital #31, which had been transformed from a casino and hotel in Contrexeville, France, during WWI. Syracuse University medical school graduate Edward S. Van Duyn (1897) served at the hospital during his time as a military surgeon. From the Edward S. Van Duyn World War I Collection, courtesy of the Special Collections Research Center at Syracuse University Libraries

A: Many people don’t think WWI was all that important. You can’t see it on national television and there have been few films about it. It doesn’t look like a war of adventure or movement, because it was a war of attrition. After November 1914, on the main battle lines of the Western Front, there was absolutely no movement for four years.

Because the war is not easily portrayed as a dramatic event, it appears to many people as not all that important. But it was immensely significant and the precursor to WWII and many other events.

Q: What do you want students to understand about the Great War?

A: I try to convey to students how important it was and how difficult it is to understand why it began. There is enormous historiographical debate still going on today about why WWI started.

What also is interesting, because I teach military history, is the way in which the war was fought. The war was dominated by defensive weapons, which made it impossible for either side to break through once troops were dug in. That’s why it was a killing match, a war of attrition, with enormous weapons and spectacularly high casualty rates. 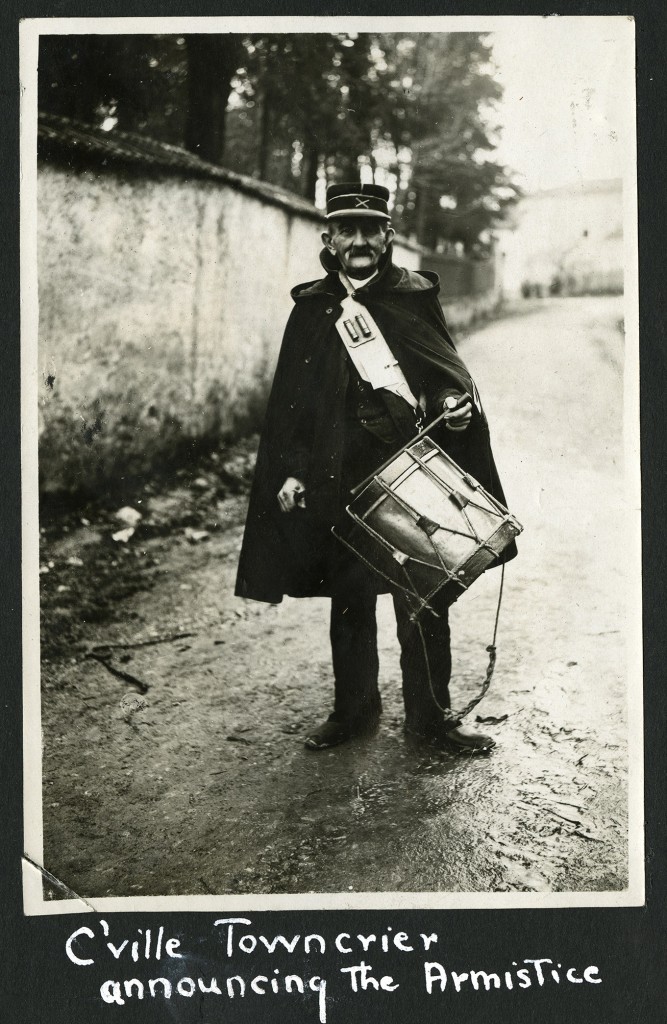 The town crier in Contrexeville, France, heralds armistice and the end of WWI. From the Edward S. Van Duyn World War I Collection, courtesy of the Special Collections Research Center at Syracuse University

It was the casualty lists and the death toll, including the soldiers who were mutilated in the war, that almost predetermined the outcome. It would be a victor’s peace insisted on by the victors because they had lost so much. But it would be received with enormous resentment and anger by the people who had lost the war.

The Germans came within a hair of winning the war almost until the very end. And the economic, political and social consequences of peace made it the fatal prelude to World War II.

So when I teach my undergraduate class, “World at War: 1914-1918, 1939-1945,” they can’t really understand the second world war—“the Big One,” the one in which the “Greatest Generation” fought—until they understand the first world war.