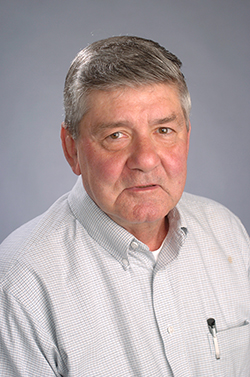 He was a past chairman of the history department and director of the graduate program in history and also in international relations. He was a friend and mentor to many students, colleagues, graduate students and staff across the University. Many of his former Ph.D. students are now active themselves in teaching and research in American history.

Stinchcombe’s research focused on 18th century diplomatic history, especially relationships between the U.S., France and Great Britain. He taught classes and seminars on diverse topics ranging from modern diplomacy and the Cold War, and in the Syracuse abroad program in London. He was particularly interested in contemporary politics, diplomacy and war. Toward the end of his career, he taught an especially popular seminar on the assassination of President John F. Kennedy. Students considered him a provocative and highly stimulating lecturer.

His publications included “The American Revolution and the French Alliance,” the winner of the Gilbert Chinard Prize, as well as “The XYZ Affair.” He also was the editor of “The Papers of John Marshall, Vol III.” His final research project was editing the diaries of an 18th century merchant, Nathaniel Cutting, with a focus on the slave trade.

Stinchcombe received a Ph.D. from the University of Michigan in 1967, and before that a bachelor’s degree from San Francisco State University. He was the recipient of several research grants and awards, including support from the American Philosophical Society, the National Endowment for Humanities research and the American Council of Learned Societies.

A private celebration of Stinchcombe’s life is planned for a later date. In lieu of flowers, contributions may be made in his memory to the Nature Conservancy  at http://www.nature.org.