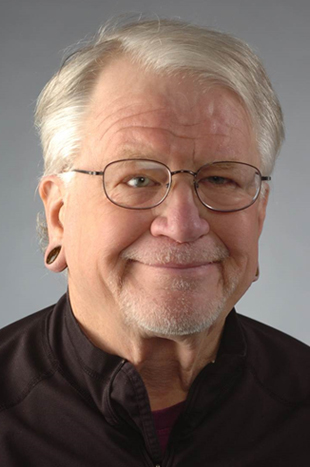 For many years, he served as the history department’s undergraduate director, and his excellence in this position was recognized with the award for Faculty Advisor of the Year. In addition, he co-directed, along with Newhouse Professor Richard Breyer, the M.A. program in documentary film and history. He was an important friend and mentor to students and colleagues alike.

Strickland’s research and teaching focused on the history of the United States, with special emphasis on the American South, religion and African American history in the 18th and 19th centuries. He also had a deep passion and expertise for the era of the Vietnam War. He taught popular classes that included the Civil War and Reconstruction; Vietnam: Movies and Memoirs; U.S. History and Documentary Film; and the U.S. in the 1960s.

Strickland earned a Ph.D. from the University of North Carolina in 1984. He was the recipient of several research grants and awards, including the Rockefeller Foundation Dissertation Fellowship in 1978 and the American Council for Learned Societies Fellowship for Recent Recipients of the Ph.D. in 1986. From 1983-1985, he was a Fellow at the Carter G. Woodson Center for Afro-American and African Studies at the University of Virginia.