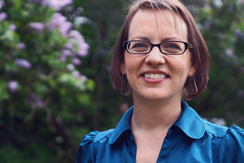 The globalization and localization of salsa dancing is the subject of a new book by a professor in the College of Arts and Sciences.

Sydney Hutchinson, assistant professor of ethnomusicology in the Department of Art and Music Histories, is the editor of “Salsa World: A Global Dance in Local Contexts” (Temple University Press, 2014). The book features a collection of essays, explaining how salsa dancing is shaped by issues of race and ethnicity, identity and geography.

“‘Salsa World’ examines the ways in which bodies relate to culture in specific places,” says Hutchinson, an expert in Latin American and Caribbean music and dance. “Writing from the disciplines of ethnomusicology, anthropology, sociology and performance studies, our 11 contributors explore salsa’s kinetopias—places defined by movement or vice versa—as they have evolved through the dance’s interactions with local histories, identities and musical forms.”

The book’s contributors are Bárbara Balbuena Gutiérrez, director of the folk-dance department at the University of Arts of Cuba; Katherine Borland, associate professor of comparative studies at The Ohio State University; and Joanna Bosse, assistant professor of ethnomusicology at Michigan State University. 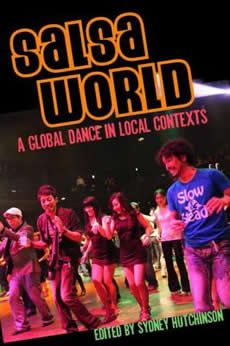 “We analyze dance practices in the United States, Japan, Spain, France, Colombia, Puerto Rico and the Dominican Republican,” adds Hutchinson, who, in addition to translating many of the articles, contributed one of her own. “The result is a myriad of perspectives, useful to scholars interested in cross-cultural study and in issues of dance, place and identity.”

Scholars speculate that salsa dancing grew out of the mambo in the 1950s and combined with other Caribbean influences to become a popular social dance in New York City’s Latino community. Since then, salsa has become a worldwide phenomenon, whose many styles reflect the geographic areas that nurture them.

Hutchinson describes salsa as a polyglot of sorts, with dancers drawing on a variety of elements, including jazz, funk, reggae, hip hop and mambo.

“Since its emergence in the 1960s, salsa has transformed from a symbol of Nuyorican pride into a form of global popular culture,” says Hutchinson, alluding to members of the Puerto Rican diaspora in and around New York City. “While Latinos all over the world have developed and exported their own ‘dance accents,’ local dance scenes have arisen in increasingly far-flung locations, each with its own flavor and features.”

Since joining the Syracuse University faculty in 2010, Hutchinson has served as a fellow of the American Association of University Women. Before then, she was an Alexander von Humboldt Fellow at the Ethnological Museum of Berlin (Germany). Her book on Mexican American dance and youth culture was awarded a special citation of the De La Torre Bueno Award for books on dance in 2008. Hutchinson also has written about competitive air guitar and has organized the Syracuse Annual Air Guitar Competition for two years in a row. She earned a Ph.D. from New York University.