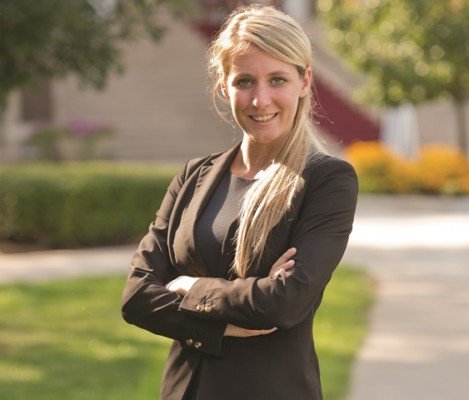 The trial teams from the College of Law recently concluded one of their most impressive seasons—and it’s not quite over yet.

Jennifer Camillo, a third-year law student, has earned a spot at the Baylor Law School 2014 Top Gun National Mock Trial Competition taking place June 4-8 in Waco, Texas. The invitation-only mock trial tournament takes the best trial advocates from 16 of the top advocacy schools in the nation and has them go head-to-head for the honor of being named National Top Gun. The first-place winner receives $10,000.

Founded in 2010, Baylor Law’s Top Gun National Mock Trial Competition creates a challenging atmosphere for competitors. Unlike other mock trial competitions, participants do not receive the case file until they arrive in Waco—just 24 hours before the first round of trials begin.

The law schools invited to the 2014 Top Gun National Mock Trial Competition are:

Baylor Law, as the organizing institution, does not field a team.