Chairmen of the Board: Past and Present 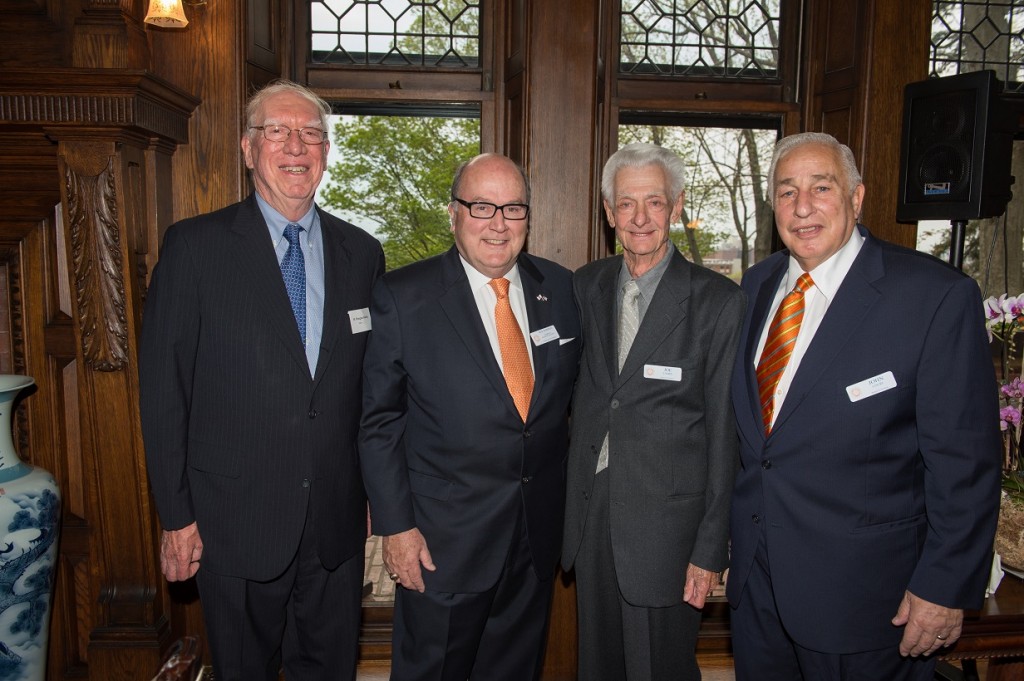 Commencement Weekend was a time for graduations and reunions as the current Chairman of the Board of Trustees, Richard L. Thompson G’67, and three former Chairmen gathered during an event at the Chancellor’s House. The current and former leaders of the Syracuse University Board of Trustees shared their memories and perspectives in helping to guide the University during their tenures. They are, from left, H. Douglas Barclay L’61, H’98 (who served from 1992-98); Thompson (who began his tenure in 2011); Joseph O. Lampe ’53, L’55, H’04 (who served from 1998-2004); and John A. Couri ’63, H’08 (who served from 2004-07). The former Chairmen currently serve as Life Trustees of the Board of Trustees.