Syracuse Students Match Strength and Strategy in a ‘CAWL to Arms’ 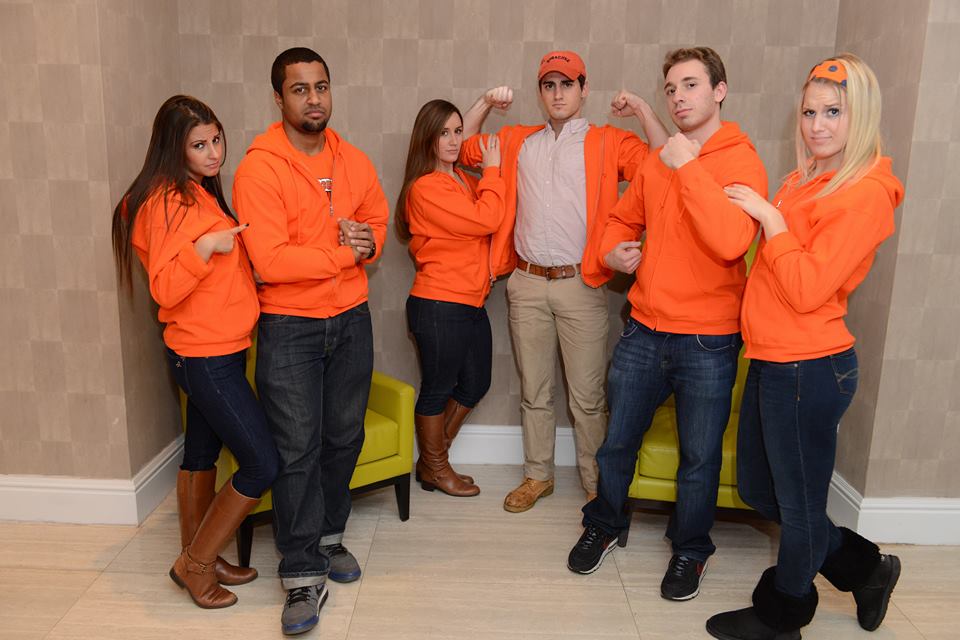 The New York Crushers brought their Orange spirit and strength but it wasn’t enough to defeat the Connecticut Wrecking Crew.

A team of Syracuse University students was matched against former long-time rivals the University of Connecticut in the first-ever coed Collegiate Arm Wrestling League Championship, “CAWL to Arms,” which aired this week on ESPNU, the network’s college channel.

One of the team members, Steve Zavilensky ’15, who was new to the fast-paced sport, weight trains and is active in sports, but he saw how arm wrestling requires strategy as well as muscle.

“It’s all technique. It’s like a chess match played with your arm—every time your opponent does something you try to counter it and, if you’re both at a stalemate, you have to try something else,” Zavilensky says. “It’s trying to get the upperhand on your opponent.”

Unfortunately, Zavilensky lost his four matches. “For a strength competition, I would have it. But I’m not much of an arm wrestler,” he says.

Zavilensky got involved after Leonardis was selected to represent Syracuse and asked Zavilensky to join in.

Rules of the game

The teams, along with two others from Penn State and Rutgers, were matched up at the event held at the Stone Pony in Asbury Park, N.J., in November.

“The day before the event, the referee, a four-time world arm wrestling champ, met with all the teams individually, explained the rules and went over some strategy,” Zavilensky says. 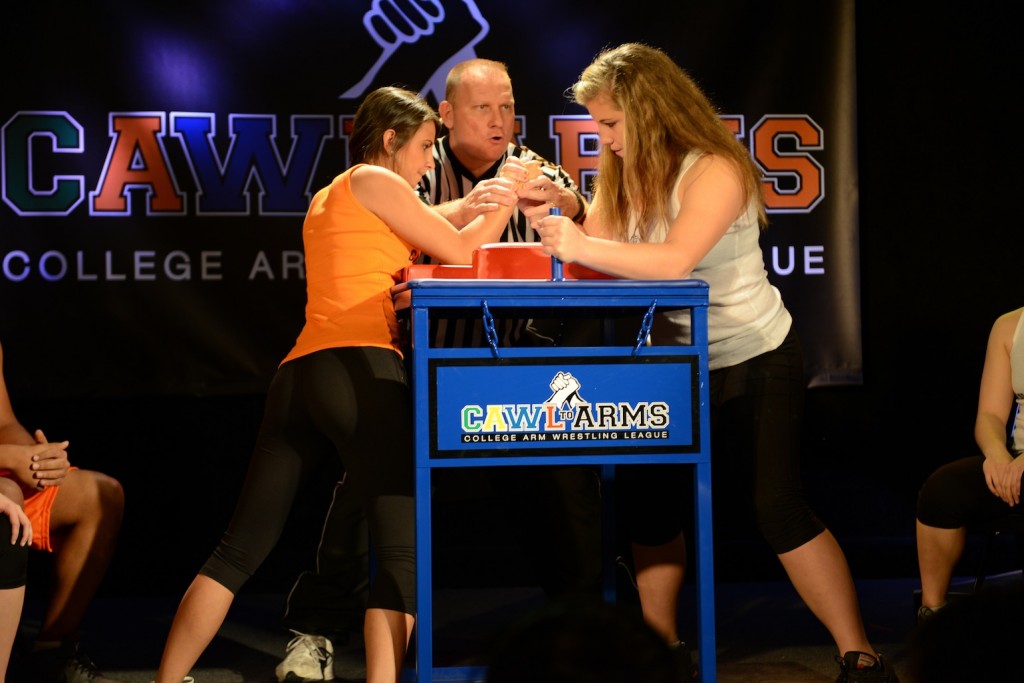 Michelle Carazas, left, from Syracuse matches Jaclyn Paride from UConn in the CAWL to Arms tournament.

Led by Sheptock and Mata, the Syracuse team started with a 15 to 0 lead winning the first three matches, but UConn shut out Syracuse winning all of their remaining matches. The final score: 95-15.

“According to the ref, the average arm wrestling match is about three seconds. It’s pretty quick. Some matches go back and forth, but you tire out pretty quickly,” Zavilensky says. “You’re both people going all out trying to rip each other’s arm off.”

Players couldn’t talk about the results until the shows aired over three nights this month. The final event between Rutgers and UConn will air Tuesday, May 27. The entire two hours of programming will be replayed in July on ESPN2 at a date yet to be determined.

“I’m sure SU would be one of them to be asked,” Zavilensky says. Although he doesn’t know if he would be asked back, he would enjoy a rematch. “Especially now that I kind of know what I’m doing,” he says.

The best part—besides being on television—was meeting the other college students, Zavilensky says. “We all hung out with each other off the set and had a lot of fun,” he says. “It was a great experience and win or lose, how many people can say they were on ESPN?”