Chairman of Bond, Schoeneck & King Elected to College of Law Board of Advisors 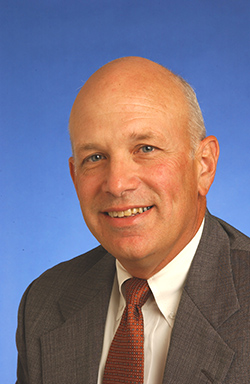 Richard D. Hole L’75 has been named to the College of Law Board of Advisors. Hole is a member of Bond, Schoeneck & King, PLLC and chairman of Bond’s Management Committee, a position he has held since 2008.

Prior to that, Hole chaired the firm’s Employee Benefits and Executive Compensation Practice Group for over 10 years and served in several other management positions at the firm. Bond has 220 lawyers and maintains nine offices in New York, with additional offices in Naples, Fla., and Overland Park, Kansas.

“I am honored to join the Board of Advisors, especially at such an exciting time for our College of Law. With the fall opening of Dineen Hall, the College of Law is poised to take a quantum leap forward in the training of future generations of lawyers,” Hole says. “I look forward to participating in the work of the college and helping to advance its mission.”

Hole has a general business law background, with a focus on employee benefits and health care law. He has served as counsel and advisor to numerous companies and organizations and their boards and committees. Hole also has maintained an active presence in his community. He currently serves on the boards of the United Way of Central New York, the Central New York Community Foundation, the Seward House Museum, CenterState Corporation for Economic Opportunity and the Volunteer Lawyers Project.  For many years, he has served as general counsel of the Manufacturers Association of Central New York.