Newhouse students Travel to Mumbai for a Bollywood Immersion

For the fifth time, students from the Newhouse School will have the opportunity to study with filmmakers and production companies in Mumbai, India.

Summer Program: Bollywood Practicum is an SU Abroad course led by Newhouse adjunct Mark Bennington, a renowned photographer and actor with ties to Bollywood. Twelve students will participate in this year’s program, which was developed by Newhouse associate professor Tula Goenka in 2008.

“The program has been extremely successful, but we decided to try something a little different for our fifth trip,” says Goenka. “SUBollywood 2014 is going to be a hands-on production experience, with our students learning how to shoot a Bollywood song, and then working with a local NGO to create a short documentary.” 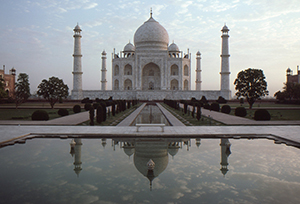 “I first journeyed to India in 2010, with a profound curiosity to see and participate in a culture completely different than the one I grew up with in Davis, California,” says Bennington.” On that first trip, I began what would become a three-year anthropological book project documenting 120 actors living in Mumbai, which I began while photographing actors at Whistling Woods. I remember walking into WWI for the first time and being blown away its progressive, state-of-the-art facility. I am thrilled to be leading this group and have no doubt that these students will benefit beyond measure from this intensive SU Abroad program.”

Carlson will remain in Mumbai an extra month after the other students have left to intern at production company Trace VFX, where he will work with Newhouse alumnus Jonathan Mason ’06.

Bennington lives in Syracuse and maintains a studio in New York City. A few of his clients include American India Foundation, Random House, Harper Collins, Texas A&M University, the U.S. Navy and the Getty Center of Los Angeles. He has been a featured contributor for the Los Angeles Times, the Wall Street Journal India, Forbes, Virginia Quarterly Review and the Times of India, and he recently completed his first photography book, “Living the Dream: The Life of the ‘Bollywood’ Actor.” He recently co-starred in Dibakar Banergee’s “Detective Byomkesh Bakshy,” for release in December.

Goenka, who was born and raised in India, has more than 30 years of experience in the film and television industry. She serves as co-director of SU’s annual Human Rights Film Festival. She is currently in post-production on a documentary film on Mithila painters in the Madhubani region of Bihar, India. Her book, “Not Just Bollywood: Conversations with Indian Movie Directors,” will be published this month.