Public finance and tax policy expert Leonard E. Burman has been named the first holder of the Paul Volcker Chair in Behavioral Economics at the Maxwell School of Citizenship and Public Affairs. Burman is currently professor of public administration and international affairs at the Maxwell School and director of the Urban-Brookings Tax Policy Center in Washington, D.C., which he co-founded. 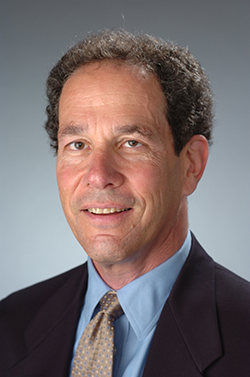 For more than 30 years, Burman has held high-level positions in a range of academic, federal government and public policy organizations. He served as deputy assistant secretary for tax analysis at the Department of the Treasury and as senior analyst at the Congressional Budget Office, where he wrote influential studies on the tax treatment of health insurance and capital gains, the low-income housing credit, individual retirement accounts, investment tax credits and fringe benefits.

Burman is past president of the National Tax Association; co-author of “Taxes in America: What Everyone Needs to Know”; and author of “The Labyrinth of Capital Gains Tax Policy: A Guide for the Perplexed” and numerous articles, studies, reports and op-eds. He is a research associate at the National Bureau of Economic Research.

His recent research has examined U.S. federal budget dynamics, tax expenditures, financing long-term care, the individual alternative minimum tax, the changing role of taxation in social policy and tax incentives for savings, retirement and health insurance. He testifies regularly before Congress on tax and budget policy issues, most recently at a March 2014 Senate Committee on Finance hearing on “Policies to Support the Middle Class.”

Burman, who earned a Ph.D. in economics from the University of Minnesota, joined the Maxwell School in 2009 when he was appointed Daniel Patrick Moynihan Chair in Public Affairs.

“Len Burman is one of the most widely respected voices on the intersection of fiscal and social policy,” says Maxwell Dean James Steinberg. “His research and writing help us understand the wider, and often unanticipated, impact of tax and spending decisions on individuals and society, and as a result, make it more likely that government policy will achieve its intended results. As a voice for clear and farsighted policy making, Len is a fitting choice to hold a chair honoring Paul Volcker’s remarkable legacy.”

The Volcker Chair was endowed by Robert Menschel, senior director at Goldman Sachs Group and trustee emeritus of Syracuse University. “The critically important field of behavioral economics, although relatively new, has quickly become central to policy makers and corporate leaders in their decision making,” observes Menschel, the author of “Markets, Mobs, and Mayhem:  A Modern Look at the Madness of Crowds.” “Paul Volcker is the nation’s pre-eminent economist who epitomizes the very best thinking in this area. Professor Len Burman is the ideal person to fill the chair named in Paul’s honor, and the Maxwell School is the ideal institution to carry Paul’s legacy forward.”

Volcker’s distinguished career includes eight years as chairman of the board of governors of the Federal Reserve under presidents Carter and Reagan; four years as president of the Federal Reserve Bank of New York; and two years as chair of President Obama’s Economic Recovery Advisory Board. In addition, he served as undersecretary of treasury for international monetary affairs and was chairman of the prominent New York investment banking firm J. Rothschild, Wolfensohn & Co. Volcker also chaired the National Commission on the Public Service, which focused on the changes needed to restore vitality and credibility to the public service.

“The appointment of Professor Len Burman to the new Volcker Chair will enhance the strength of the Maxwell School,” Volcker says. “Support for relevant research and providing professional training for future public officials is critical to the mission of the school. Burman’s career interest in public budgeting could not be more relevant, going to the heart of effective governance at the national, state and local levels.”

In addition to teaching as Volcker Chair, Burman will, in collaboration with colleagues in Maxwell’s Center for Policy Research where he is a senior research associate, organize a major conference or lecture each year on a public policy topic drawing on the insights and perspectives of behavioral economics.

“It is a tremendous privilege to hold a chair in honor of Paul Volcker, a literal and figurative giant of American public policy,” says Burman. “I look forward to the opportunity to explore what we can learn from behavioral economics about addressing America’s economic challenges. And I’m delighted to be renewing and reinforcing my connection with the Department of Public Administration and International Affairs at the Maxwell School, which has a well-earned reputation as the premier public administration program in the nation.”