Renowned photographer Gregory Heisler will join the Newhouse School as a Distinguished Professor of photography in the Department of Multimedia Photography and Design. 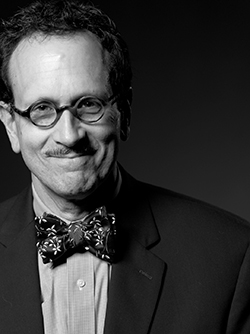 Heisler is well-known for his portraits of leaders in business, government, science, sports and the arts. His work has appeared on more than 70 TIME magazine covers, as well as on the covers of LIFE magazine, Esquire, Gentleman’s Quarterly, National Geographic, Sports Illustrated and the New York Times Magazine.

His private portrait commissions include a lithographic print of former New York Mayor Ed Koch, which was the first photographic portrait for City Hall in New York City, and large-scale portraits of noted authors and actors, now on display at the National Arts Club.

He is the recipient of the Alfred Eisenstaedt Award and the Leica Medal of Excellence, and has been profiled in American Photo, Communication Arts, Esquire, LIFE and numerous other industry publications.

A sought-after speaker and educator, he is the author of “Gregory Heisler: 50 Portraits.”

He will join the Newhouse faculty in August.