Getting to Know: Peggy Pappas 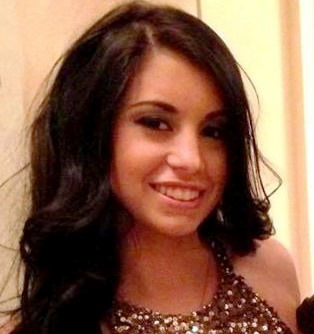 You won’t find one of the biggest fans of SU’s football and basketball teams sitting in the stands at the Carrier Dome. Most likely, you’ll find Peggy Pappas out on the court or the playing field.

“I do bleed orange,” said Pappas during a brief break in her schedule. Pappas is a member of the dance team, so finding some time (in between dance routines) to watch the football and basketball teams is no problem.

Spare time, though, is not a luxury afforded to Pappas, who is a sophomore communication and rhetorical studies student in the College of Visual and Performing Arts. She balances her studies with the dance team, her sorority Kappa Kappa Gamma and, lately, as a contestant in the Miss Connecticut pageant.

“It’s a difficult balance, but you do get used to it,” Pappas says. “It’s all about time management and getting into a routine.”

Pappas decided to come to Syracuse on the advice of a family friend, who also attended SU. School spirit and the dance team opportunity served to solidify her decision.

So what’s it like performing in front of tens of thousands of people at the Dome?

“It’s an adrenaline rush,” according to Pappas. “It’s amazing. I prefer to perform in front of thousands of people, and you kind of blur it all out. It’s thrilling.”

While they’re in season, the dance team practices and works out through the week, with games at night and on the weekends. “I enjoy my breaks,” she says.

When it comes to school work, there is no break for Pappas who plans to pick up a minor in nutrition. It all comes in handy with her other newfound love: body building.

“I have a friend who is a body builder who gave me a workout and diet regimen. I’m addicted to it,” she says. She has her first competition in Kentucky after classes end this semester.

Then there is the matter of a beauty pageant.

“My mom competed when she was younger, and suggested I do it too,” Pappas says. Her mom sent in the application, and come December, Pappas will be walking across the big stage to compete. “I’m preparing for the interview portion right now,” she says, hopeful that a representative from Syracuse University can do well in UConn country.

As for advice to incoming freshmen? “Get involved in campus activities and enjoy college life to its fullest,” Pappas says.

It’s a case where Pappas is leading by example.