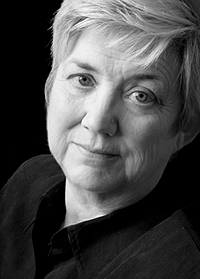 The poet Ellen Bryant Voigt will close out the spring 2014 Raymond Carver Reading Series at 5:30 p.m. Wednesday, April 23, in Gifford Auditorium. A question-and-answer session will precede the reading from 3:45-4:30 p.m.

“Voigt has a highly tempered poetic intelligence, most obvious in her line-by-line determination to align evocative images with their emotional incentives,” The New York Times wrote of the acclaimed collection. “Her arrestingly accurate images remind the reader of the suggestive correlation of sensuous emblems to emotional realities.”

Voigt is the author of several other poetry collections, including “Headwaters: Poems” (Norton, 2013) and “Shadow of Heaven” (Norton, 2002). “Shadow of Heaven” was also a finalist for the National Book Award. Her work as an editor includes, with Heather McHugh, “Hammer and Blaze: A Gathering of Contemporary American Poets” (University of Georgia Press, 2002); “The Flexible Lyric” (University of Georgia Press, 1999), a collection of essays on the craft of writing; and “Poets Teaching Poets: Self and the World,” with Gregory Orr (University of Michigan Press, 1996).

Publishers Weekly said “Headwaters: Poems” is “defined by a liquid precision.” The poems in this collection—with no punctuation and no capitalization—read “as though she has burst in on each poem mid-thought.”

A New York Times review of “Shadow of Heaven” praised Voigt’s rich “descriptions of nature and the metaphors for human behavior she extracts from them.” She has “a gift for lyric poetry that is at once smoothly assured and sometimes overwhelming in its intensity.”

Voigt served as Vermont’s state poet from 1999-2003. She developed and directed the nation’s first low-residency writing program at Goddard College in Plainfield, Vt. She now teaches at the low-residency MFA program at Warren Wilson College in Swannanoa, N.C.

In an interview with Granta, Voigt, who trained as a pianist, described the connection between music and narrative. The two, she said, are not mutually exclusive: “Some of my poems are narrative, and are as ‘sound-driven’ as the lyrics, at least in the making of them. Almost every poem in the language contains, importantly, aural properties, whether or not these are overt.”

SU’s reading series is named for Raymond Carver, the great short story writer and poet who taught at SU in the 1980s and died in 1988, and is presented by the Creative Writing Program in SU’s College of Arts and Sciences. The series is presented as part of the popular undergraduate course Living Writers. The series each year brings 12 to 14 prominent writers to campus to read their works and interact with students. Students read an author’s book, write about it, and discuss it before the author’s visit. For information, call 315-443-2174.