Douglas V. Armstrong, a Syracuse University professor in the Maxwell School for Citizenship and Public Affairs and The College of Arts and Sciences, has been tapped to receive the latter’s William Wasserstrom Prize for the Teaching of Graduate Students. He will be recognized at the Graduate School Doctoral Hooding Ceremony and Reception on Friday, May 9, at 5 p.m. in Goldstein Auditorium of the Hildegarde and J. Myer Schine Student Center. 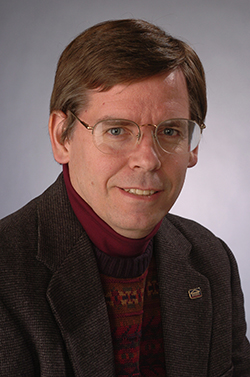 A specialist in North American and Caribbean archaeology, Armstrong is the Maxwell Professor of Teaching Excellence and a Laura J. and L. Douglas Meredith Professor for Teaching Excellence. He was nominated for the Wasserstrom Prize by John Burdick, professor and chair of anthropology, who won it three years ago.

“Doug’s scholarship has shaped the field of archaeology, and his natural leadership abilities have led him to serve his profession at the highest level—namely, as president of the Society for Historical Archeology,” Burdick says. “He asks generative questions about the past, sees connections where others do not, and prods those around him, especially students, to ask similarly important questions.”

Gerald Greenberg, Arts and Sciences’ senior associate dean for academic affairs, agrees with Burdick, adding that Armstrong exemplifies Syracuse University’s commitment to interdisciplinary scholarship and teaching. “Professor Armstrong plays many important roles on campus, but it’s his expertise in teaching, research, advising and service for which he is best known,” he says. “This has made him not only a highly respected scholar in his field, but also a beloved member of the campus community, particularly among graduate students.”

Armstrong specializes in the historical archaeology of the Caribbean, American Northeast, California and Africa. (This type of archaeology utilizes written records and oral traditions to help scientists better understand people, places and things.) As such, his work encompasses multiple areas, including public policy, ethnohistory, culture contact and change, colonialism and geographic information systems, to name a few. This cross-cutting approach has led to faculty appointments in not only anthropology, but also public affairs, international relations, African American studies and Native American studies.

Since joining Syracuse University’s faculty in 1986, Armstrong has taught more than two dozen courses, a majority of which he has helped create. “Doug has certainly influenced the development of our graduate and undergraduate programs,” says Anthropology Professor Christopher DeCorse, who has known him since their student days together in the late 1970s at the University of California, Los Angeles (UCLA). “Whether in a small seminar or a large introductory lecture, he always succeeds in getting students motived and engaged. Doug is not a scholar who pursues his own academic interests at the expense of his personal friendships, departmental responsibilities and professional commitments; rather, he is an educator and a colleague, first and foremost.”

Theresa Singleton, associate professor of anthropology who has known Armstrong for almost as long, credits him for singlehandedly initiating graduate studies in archaeology at Syracuse University. “Doug has helped pioneer one of the nation’s leading Ph.D. programs in historical archaeology, with an emphasis on Africa and the African Diaspora,” she says. “Many of his graduate students have followed his lead and are working in the Caribbean, while others have worked or are working on projects in New York State, Colorado, Oregon and Texas. All of them have benefited greatly from his theoretical and methodological insights, regardless of where they conduct research.” 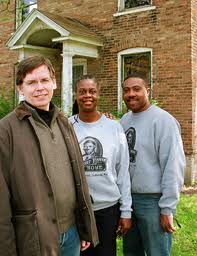 Armstrong with Christine Carter and her husband, the Rev. Paul Carter, both directors and caretakers of the Tubman Home in Auburn, N.Y.

Many of Armstrong’s students have gone on to successful, yet varied, careers. Such a sampling includes Sharon Dunn G’08, a cultural resource specialist and archaeologist with the U.S. Department of Agriculture; Heather Gibson G’07, an archaeologist for AECOM (a global provider of technical and management support services); Mark Hauser G’01, assistant professor of archaeology at Northwestern University; and Matthew Reeves G’97, director of archaeology at James Madison’s Montpelier property.

Robert J. Cromwell G’06, an archaeologist at the Fort Vancouver National Historic Site in Washington State, recalls how Armstrong, more than 2,500 miles away, helped him complete his doctoral dissertation. “Dr. Armstrong has been a positive influence on my career, even when I left Syracuse to work for the National Park Service [NPS] in the Pacific Northwest,” he says, adding that Armstrong collaborated with Cromwell’s supervisors to ensure he would complete his Ph.D. in four years, while working full time at NPS.  “He reminded me that archaeological jobs come and go, but a Ph.D. is permanent and would lead to other opportunities later in my career. It was perhaps the best advice I had ever received.”

Prior to Syracuse University, Armstrong served as a Rockefeller Post-Doctoral Fellow at The Johns Hopkins University and held various curatorial and research positions at UCLA. He is the author of eight books and dozens of scholarly articles, chapters and reports. Armstrong maintains a continuous flow of externally funded research, as evidenced by his current studies of laborers at early plantations in Barbados, of urban life and colonialism during the Danish period and of Kongen’s Quarter on St. Thomas. He is also wrapping up a long-term archaeological study of the Harriet Tubman Home in Auburn, N.Y.

The Wasserstrom Prize is named for the great English professor at Syracuse University who died in 1985. Since then, it has been awarded every year to an Arts and Sciences professor who embodies Wasserstrom’s aesthetic as a graduate seminar leader, research and dissertation director and advisor and role model.