The Impacts of a Wetland Restored 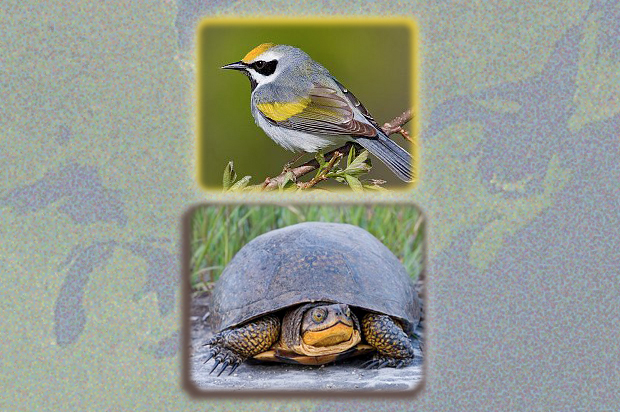 The golden-winged warbler and the Blanding’s turtle can thrive in the shallow waters and adjacent dense vegetation typical of swampy marshes in restored wetlands.

In the St. Lawrence River watershed in northern New York, two creatures struggle to hang on in the complex ecosystem of restored wetlands.

The Blanding’s turtle and the golden-winged warbler can thrive in the shallow pools of water and adjacent dense shrubby vegetation typical of the swampy marshes.

The recovery of these two specific species is an important indicator for an interdisciplinary team of researchers, including two from Syracuse University, assessing the viability of public-private partnerships to restore wetlands. Their work is providing answers to ensure conservation efforts that benefit both human and animal in this region—and possibly beyond.

The work assesses the results of two government programs in which private landowners, including farmers, voluntarily agree to conservation easements to allow wetland restoration.

“We know it’s successful because there’s a lot of enrollment and a lot less controversy than wetland regulation, which creates pushback and resentment in rural and agricultural communities and hadn’t worked very well,” says Rick Welsh, a sociologist and professor of food studies in Falk College, who is a co-investigator. “But we don’t know if the outcomes regarding these kinds of natural capital—biodiversity, water quality—and social and economic impacts have been successful. That’s what we’re trying to find out.”

The research looks at the impacts of programs through the U.S. Fish and Wildlife Service, the U.S. Department of Agriculture Natural Resources Conservation Service and Ducks Unlimited. In the programs, landowners limit development on their lands and at times permit the government to make changes to the property that help draw more biodiversity, such as damming a drainage ditch.

Researchers will measure the ecological, social and economic impacts of 50 of these restored public-private partnership wetlands within the Lake Ontario/St. Lawrence River watershed. Wetlands, such as these, are important for biodiversity, as well as for flood protection and improving water quality. 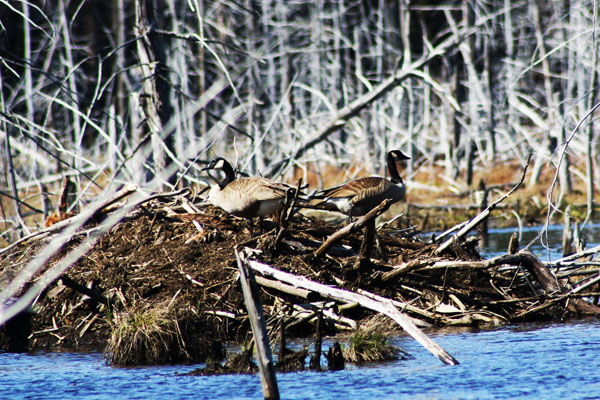 Researchers hope to develop a framework for assessment of restored wetlands that could be applied to other areas in the region or in the country.

“In North America the estimates vary but we had filled or drained two-thirds of original wetlands to make farm fields and that has an effect on the stream water quality throughout the country,” Chandler says.

Wetlands help mitigate sediment and manure runoff and these government programs helped support rebuilding of wetlands, Chandler says. The Army Corps of Engineers had been mandated to assess wetlands, but the corps was unable to do most of the assessments before the mandate ran out.

“We’d like very much to see this not just be a one-time project but the development of a cost-effective method that could be applied by us or other teams at least throughout the region,” Chandler says.

That was also important in their grant proposal. “The landscapes may differ by ecology and climate, but the framework should be able to at least inform research in other areas of the country and the world,” Welsh says.

Researchers will assess such areas as the diversity of plants and animals; water quality; and property values of those who are participating. One of the scientists, an ecologist, is doing an inventory of species and is particularly interested in umbrella species, such as the Blanding’s turtle and golden-winged warbler.

“If there are certain species that live around these wetlands, that shows these areas are providing some complex ecosystem benefits, and ecologists view these species as indicators for the success of the wetland,” Chandler says.

Ecologists want to know the variability and availability of the water that feeds the wetland and the topography of the various wetlands, which impacts what will sustain the animals.

“It turns out that what’s important to the turtles is having a wide range of puddles and pools that are good for basking and having baby turtles,” Chandler says. “Warblers like certain types of tree and bush canopy to hide their chicks and easily get to a food source without predators.”

Chandler’s expertise is in analyzing the hydroperiod, or the amount of time that land is underwater and, in this research, how that changes for different wetland types and what that mean for the various species.

With the grant funding, Chandler, who will be assisted by students in the work, purchased a terrestrial laser scanner that will allow him to create 3D images of the wetlands and the landscape. The information can be downloaded into mapping and design software and reproduced as a digital color image.

“We are hoping that we’ve found a good way to get an index of typography that would be indicative of what would work well for turtles and birds,” Chandler says, who plans to begin surveying the areas this spring.

Benefits for the landowners

As a sociologist, Welsh is interviewing program participants to discover why they participated, what they perceive as the benefits and how satisfied they are with the program. He will also be talking with neighbors. 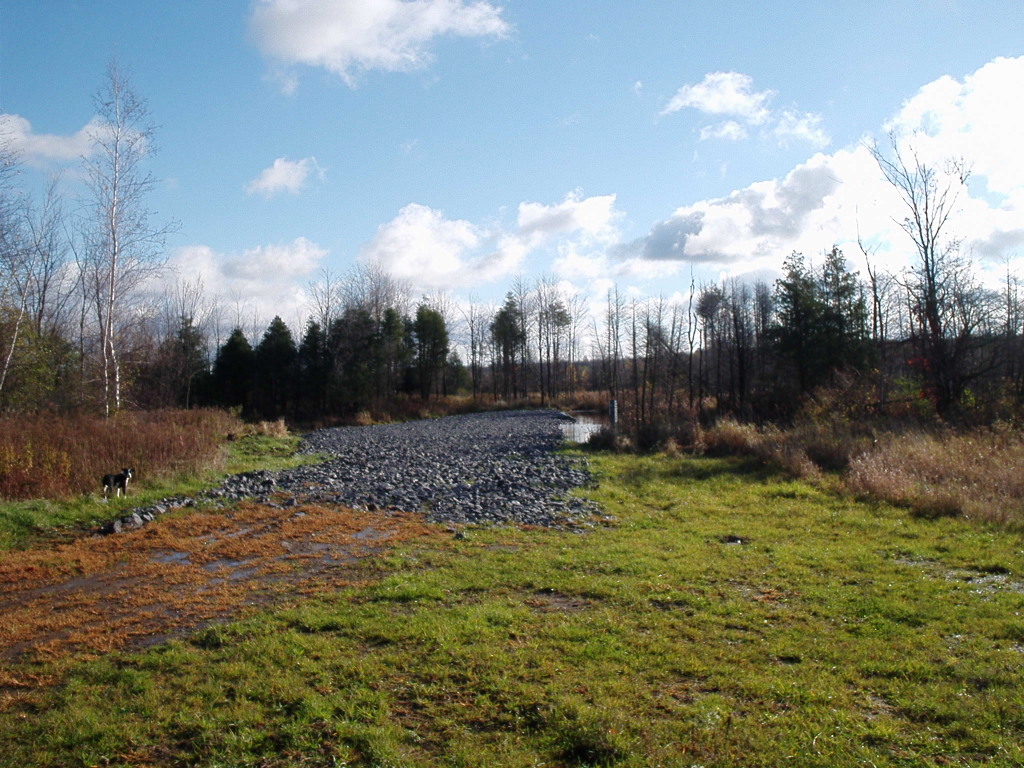 Preliminary research indicates landowners participate for a variety of reasons, including a belief in conservation, a way to enhance the natural beauty of the land and an increase in hunting and fishing opportunities.

“From several standpoints, it’s just good to know why people do things in regards to conservation—what motivates them,” says Welsh, who came to SU in 2012 from Clarkson. “And secondly, these programs could tailor their recruitment strategies and marketing toward those motivations. The more you understand why people do things the more it enables you to better manage the relationship and be a more effective communicator.”

In preliminary research, Welsh has found that people participate for a variety of reasons, including a belief in conservation, a way to enhance the natural beauty of the land and an increase in hunting and fishing opportunities. “They tend to downplay the monetary aspects and are more interested in the social and personal benefits,” he says.

For Welsh and Chandler, who have been friends since they attended Cornell University, the interdisciplinary nature of the work is rewarding to the field and to their own knowledge.