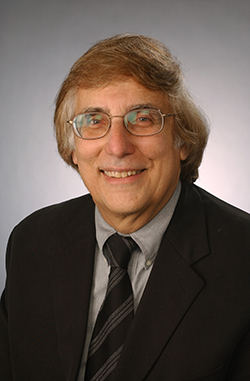 David Bennett, professor emeritus of history at the Maxwell School, has authored “Bill Clinton: Building a Bridge to the New Millennium” (Routledge), a fascinating and meticulously researched new biography of the 42nd U.S. president.

The book traces the path of Clinton’s life from his growing up in Arkansas through his academic successes at Georgetown, as a Rhodes Scholar at Oxford and at Yale Law School—where he met Hillary Rodham; his time as a law professor; and his successful early political career as a multi-term governor of Arkansas. Bennett also examines the significance of the “extraordinary political skills of this magnetic, gregarious and articulate figure, who would become one of the master politicians of his era.”

Using behind-the-scenes accounts from scores of insiders, Bennett analyzes how Clinton shaped the emerging “New Democrat” political vision —”a new vital center for American politics in the twenty-first century”—that led to his victories in the contentious presidential primaries of 1992 and the general election against incumbent President George H.W. Bush.

When Clinton took office in January 1993, his focus was on reviving a sagging economy, and the book looks at his critical domestic agenda in detail. In two bruising but ultimately successful budget showdowns in Congress, in 1993 and 1995, Bennett says that “Clinton helped to shape and preserve policies that would overcome a crippling recession and pave the way for the ‘boom of the nineties,’ an economic prosperity that would benefit Americans in every sector of society.” This success, so infuriating to his critics and political opponents, was not “a matter of chance,” Clinton would note, “but a matter of choice.”

In addition to facing a daunting array of domestic issues, Bennett writes, Clinton also confronted “a post-Cold War world in upheaval.” Facing new challenges from rogue states and failed states; carefully managing relations with Russia and its volatile leader; and dealing with perilous economic crises in Asia and Mexico, as well as an emerging new threat of international terrorism, Clinton also served as peacemaker in Northern Ireland and the Middle East. While there were setbacks and tragic failures along the way, Bennett says that Clinton managed “a pragmatic and progressive foreign policy for a complex new world environment.”

Despite Clinton’s ambitious domestic and international policies, however, it was the scandal stories that dominated media coverage during the president’s two terms. In a chapter titled “The Politics of Scandal and the Impeachment Crisis,” Bennett looks closely at the allegations and investigations launched against Clinton and his White House. While some of the early efforts to damage the president were “comically preposterous,” according to Bennett, the Monica Lewinsky sex scandal provided the issue that could be used to humiliate him—and ultimately to impeach him. Here, Bennett writes at length about the history of scandal in American politics and how the Clinton-Lewinsky affair represented something new.

The book’s final chapter focuses on the former president’s activities after leaving the White House, including the achievements of the Clinton Foundation and the Clinton Global Initiative, as well as Clinton’s return to the national political spotlight with his work for the re-election of Barack Obama in 2012.

Strobe Talbott, president of the Brookings Institution, says, “This compelling biography of Bill Clinton is the first by a distinguished scholar of the presidency—and likely to remain the best for a long time to come. Bennett brings historical perspective to the achievements and trials of our forty-second chief executive while narrating a remarkable career with lucidity and insight.”

Bennett is an award-winning author and teacher. He has written extensively on 20th-century American history, modern military history and political extremism in America. His books include “The Party of Fear: The American Far Right from Nativism to the Militia Movement”; “The Party of Fear: From Nativist Movements to the New Right in American History”; Demagogues in the Depression: American Radicals and the Union Party, 1932-36″; and “From Teapot Dome to Watergate.”