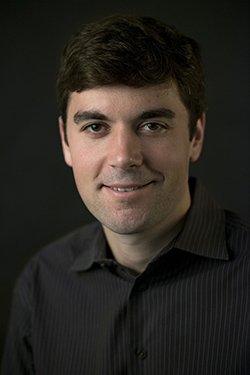 Eli Saslow, a 2004 graduate of the Newhouse School, was awarded a Pulitzer Prize on Monday for his yearlong series about food stamps for The Washington Post.

Saslow won in the explanatory reporting category: “Awarded to Eli Saslow of The Washington Post for his unsettling and nuanced reporting on the prevalence of food stamps in post-recession America, forcing readers to grapple with issues of poverty and dependency.” The award comes with a $10,000 prize.

Saslow previously won the prestigious George Polk Award for National Reporting and an ASNE award for the six-part series. He spoke with the Newhouse School last month about his work and the awards.

Saslow, who was a newspaper major at Newhouse and worked extensively at The Daily Orange while a student, said the series took about a year to report and then was published over about 12 months in 2013.

Saslow was nominated for a Pulitzer Prize in feature writing in 2013 and garnered wide praise for a wrenching story about a family who lost their young son in the Newtown shootings.

Saslow and his wife, Rachel, a freelance writer and a Newhouse and Daily Orange alumna, live in Maryland outside Washington, D.C., with their two daughters, Sienna and Chloe.