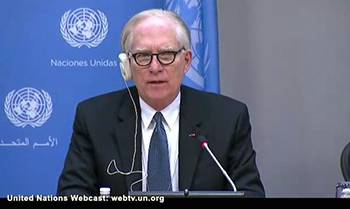 David Crane at the UN

Crane, who is also a member of the faculty of the Institute for National Security and Counterterrorism, a joint venture between the College of Law and the Maxwell School of Citizenship and Public Affairs, has been instrumental in reviewing and providing information relating to atrocities and war crimes alleged to have taken place in Syria. Crane is one of the authors of what has become known as the “Caesar Report,” which includes thousands of graphic photos of tortured and murdered prisoners held captive by the Syrian government.

“The meeting today will move the issue front-and-center regarding justice for Syria, yet the situation in that country stumbles along despite the horror revealed in the ‘Caesar Report,’” says Crane. “Due in part to its exposure in front of the UN Security Council, the role of Syracuse University College of Law’s Syrian Accountability Project in bringing to light these and other atrocities certainly will grow.” 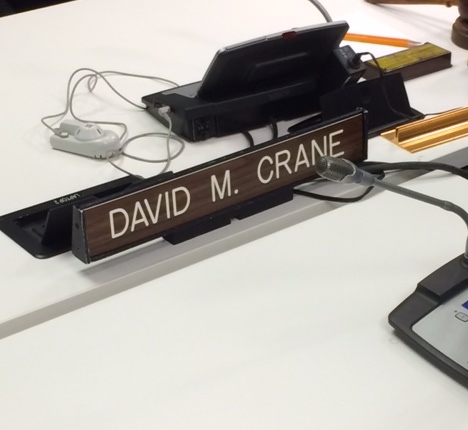 Professor David Crane took this photo of his nameplate at the United Nations in New York City.

“Caesar” is the code name of the former military photographer who captured the images and smuggled them out of the country. Qatar commissioned the Caesar Report, and along with France, helped to organize today’s meeting of the UN Security Council. The UN is considering the placement of sanctions on Syria. Crane’s insights, along with those of his co-authors, are expected to help in the decisionmaking process.