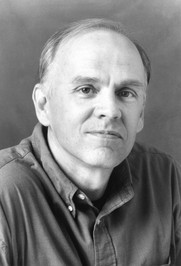 The poet, memoirist and translator Brooks Haxton G’81 is the next presenter in the spring 2014 Raymond Carver Reading Series at 5:30 p.m. Wednesday, April 16, in Gifford Auditorium. A question-and-answer session will precede the reading from 3:45-4:30 p.m.  The event is free and open to the public. Parking is available in SU’s paid lots.

Haxton’s publications include eight books of original poems and translations from the French and ancient Greek. They include “They Lift Their Wings to Cry” (Knopf, 2008); “Uproar: Antiphonies to Psalms” (Knopf, 2004 ); “Selected Poems by Victor Hugo” (Viking Penguin,  2002), translated by Haxton; and “Dances for Flute and Thunder: Praises, Prayers, and Insults” (Viking, 1999).

A Publishers Weekly review praised “They Lift Their Wings to Cry” for its “stripped-down, careful appreciations of flora, fauna and man-made things” and called Haxton “a reliable witness to what life gives and to what life takes away. One poem in the collection celebrates the beauty of shifting seasons: “berries/ of a bluebeard lily, blue as sapphires,/ blue with frost and poison.”

Booklist compared Haxton to the celebrated American poet Billy Collins, the former poet laureate of the United States. “His poems read readily, they are funny, smart and so much more,” the review said. “Their blithe cleverness and charming humility lightly camouflage a spiritual dimension.” In a nod to Haxton’s translations of Greek poetry, the review notes “his frame of reference encompasses Heraclitus, Ovid, the Bible, a CAT scan.”

The New York Times in 2008 published Haxton’s poem “Prospectus: In Lieu of the Mall Expansion,” praising it as “old-school civic poetry.” Haxton wrote the poem for Syracuse’s mayor and local officials when a developer was planning an expansion of  “a palatial mall.” Haxton suggested the city consider building a shrimp ramp instead.

“Your scheme to make our mall/ the biggest mall on earth/is boring. We could build/a shrimp ramp cheap,” he writes. “… What we need/is vision! Once the shrimp ramp/ rears, magnificent!/ against the darkness/ of the civic mind, details,/ like feasibility, will sort themselves.”

Haxton is a beloved professor of English at The College of Arts and Sciences, where he teaches creative writing to both graduate students and undergraduates. He has gotten grants from the NEA, NEH and the Guggenheim Foundation.  “Dances for Flute and Thunder: Praises, Prayers, and Insults” was nominated for the PEN Award for Poetry in Translation. His forthcoming book, “Fading Hearts on the River” (Counterpoint, May 13, 2014), follows his son Isaac’s unlikely career as a poker player

Haxton described his approach to poetry as eclectic in a 2000 interview when he was director of SU’s Creative Writing Program. “I am interested in the deep history of poetry, and how a poet enters that history,” he said.

SU’s reading series is named for Raymond Carver, the great short story writer and poet who taught at SU in the 1980s and died in 1988, and is presented by the Creative Writing Program in SU’s College of Arts and Sciences. The series is presented as part of the popular undergraduate course Living Writers. The series each year brings 12 to 14 prominent writers to campus to read their works and interact with students. Students read an author’s book, write about it, and discuss it before the author’s visit.

Spring 2014 Series Schedule
The series will conclude with the following author. Further information is available by calling 315-443-2174.