On Thursday, April 17, the Falk College welcomes the campus and local communities to participate in two special events. The inaugural Falk Scholar Lecture, sponsored by the Falk College Research Center, will take place in 312 Lyman Hall, at 2 p.m., and will feature Amy Dworsky, senior researcher, Chapin Hall, University of Chicago. She is a leading scholar on foster care in the United State. Her presentation is titled “Foster Care Issues and Implications for Homeless Youth.” 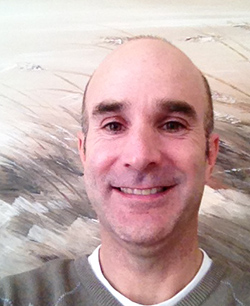 Immediately following the lecture and discussion at 3:30 p.m., the presentation of the 2014 Daniel and Mary Lou Rubenstein Social Justice Awards will take place. Sponsored by Social Workers United, the School of Social Work, CNY NASW and the Falk College, the program is free and open to the public. Brian McKee and Mary Nelson are this year’s recipients.

For more than 30 years, the Rubenstein Social Justice Award has recognized a person who reflects the values of social justice in his or her professional and personal life. The award is given in honor of the late professor Daniel Rubenstein, a former faculty member in the School of Social Work, and his late wife, Mary Lou, a former school social worker. 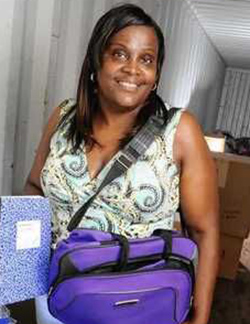 McKee received a bachelor’s degree from the State University of New York College at Cortland in 1994. His career in child welfare began in 1995. He eventually became the director of services in Cortland County, where he oversaw child welfare, juvenile justice and temporary assistance programming while earning a master’s degree in social work from Syracuse University. In December of 2010, McKee became associate executive director of programs and planning for Elmcrest Children’s Center.

Humanitarian Nelson embodies the spirit of giving to others. She is committed to empowering and inspiring others to give back as well. In her hometown of Syracuse, she is the founder of the Annual Youth Day BBQ and president/CEO of the Mary Nelson Youth Center. Over the years, Nelson’s BBQ has grown to accommodate nearly 16,000 community members. She was a “Mom’s Dream Come True” Award recipient on the Live with Regis and Kelly Show in 2008, and is featured on Oprah’s Angel Network.