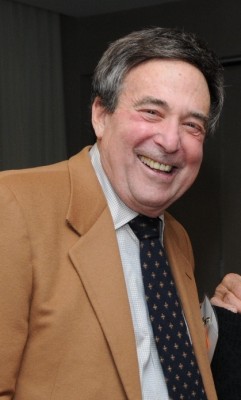 In keeping with its strong traditions and in celebration of its 64th year of publication, Syracuse Law Review will host its annual Law Review Banquet on April 10 and honor Burton Lipsky L’62 with its Law Review Alumni Achievement Award. He had a distinguished tax law and estate planning career in solo, private and public practice, including at the U.S. Department of Justice.

“Mr. Lipsky’s professional achievement and continued service to the College of Law make him an ideal recipient for this award,” says Mark O’Brien, third-year law student and editor-in-chief of the Syracuse Law Review.

Lipsky earned a bachelor of arts degree from the University of Michigan, Ann Arbor, in 1959 prior to attending Syracuse University College of Law.

Syracuse Law Review is the College of Law’s most prestigious student-run publication. Each year, it publishes some of the nation’s most respected authors in four books.