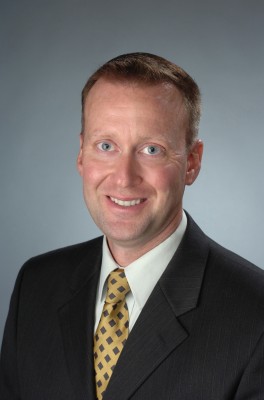 Mike Haynie, the executive director of the Institute for Veterans and Military Families (IVMF), has been named by U.S. Secretary of Labor Thomas Perez to serve as the chairman of the department’s Advisory Committee on Veterans’ Employment, Training, and Employer Outreach (ACVETEO). This is Haynie’s second two-year term as a member of the committee, but first as chairman.

The secretary’s Advisory Committee is tasked to assess the employment and training needs of the nation’s veterans and their integration into the civilian workforce, as well as to determine the extent to which the programs and activities of the Department of Labor are meeting such needs. Further, the ACVETEO assists the assistant secretary for veterans’ employment and training in conducting outreach to employers with respect to the training and skills of veterans and the advantages afforded employers by hiring veterans, and makes recommendations to the secretary of labor with respect to the employment and training needs of veterans. The committee’s findings and recommendations are summarized annually in a report provided to both the secretary of labor and to the committees on Veterans’ Affairs of the Senate and the House of Representatives.

The committee is composed of between 12 and 16 individuals with both public and private sector backgrounds, to include members representing the Society for Human Resource Management, the Business Roundtable, the National Association of State Workforce Agencies, the U.S. Chamber of Commerce, the National Federation of Independent Business, the National Governors Association, national labor unions and veterans’ services organizations, as well as other nationally recognized authorities in the fields of business, employment, training, rehabilitation or labor. Ex-officio, non-voting members of the ACVETEO include the secretary of veterans affairs, the secretary of defense, the director of the Office of Personnel Management, the assistant secretary of labor for employment and training, and the administrator of the Small Business Administration.