‘When Your Heart Speaks’: Film Screening and Performance 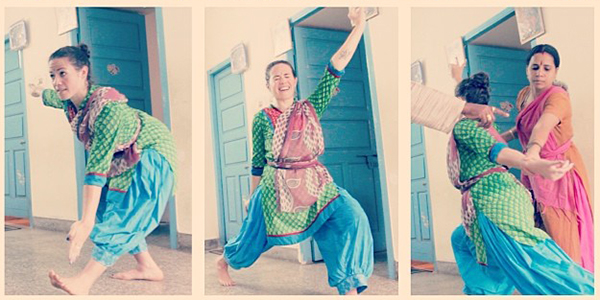 “When your heart speaks,” the first episode in a three-part documentary series, will be screened in Hendricks Chapel on Tuesday, April 8, at 6:30 p.m.

The documentary series, created by Lauren Teng, a senior television, radio and film major in the S.I. Newhouse School of Public Communications, follows Jill Ouikahilo on her journey to Chennai, Tamil Nadu, India, in December to learn the traditional Indian dance form, Bharatanatyam, and to immerse herself in the spirit and culture of the region. Teng captured the journey on film as a short-form documentary series, and as her capstone project for the Renée Crown University Honors Program.

The event is free and open to the public; doors open at 6 p.m. A reception will follow, sponsored by the South Asia Center at the Maxwell School of Citizenship and Public Affairs and Hendricks Chapel. The event will also feature cultural dance performances by SU student groups Zinda, One World and Orange Bhangra. 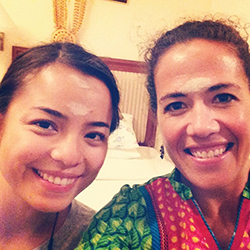 Ouikahilo, director of communications in SU’s Division of Student Affairs, specializes in African dance and drumming, but has been studying other cultural dance forms since she began dancing in 2001 on the Hawaiian island of Kauai. She was drawn to learn Bharatanatyam, a style of Indian dance, after the unexpected death of two beloved friends in the fall. Ouikahilo is also the co-founder of Wacheva Dance and Drum Studio, a nonprofit cultural arts organization in the Westcott Nation.

Ouikahilo journeyed to India to experience her belief that through the practice of cultural arts, one may connect the physical body to the spiritual, and in doing so, access a creativity inherent to oneself that can fulfill and sustain one’s goals and dreams. Within this context, she will engage deeply in a discussion of the meaning and importance of spirit and identity. Inside of these larger themes, she will also touch specifically on subjects including culture, health, addiction, eating disorders, depression, suicide, privilege, resilience, creativity, self-worth, communication, connection, passion and leadership.

Teng says she worked hard to document the experience and not be intrusive to Ouikahilo’s mission. She says she worked on some of her filmmaking skills before the trip to make sure she was prepared.

Because of the project, Ouikahilo has launched 44 Hearts, which she hopes will be an inspirational platform that not only tells the story of people following their hearts, but also cultivates an environment where people can begin to reconcile and integrate their mind-body-spirit. Ouikahilo says the project name is meant to reflect “courage, bravery and accomplishing things against all odds.” The number 44 has a long history at SU, with some of the school’s greatest athletes wearing the number, and the number ‘4’ in Hawaiian spirituality is known as a number that transcends from the physical world to the spiritual world.

“Have you ever been called to do something? It could be something impractical, or difficult for others to understand (including yourself), yet you know it’s what you must do because you heard it in the silence? You know, that place within you that only you can hear. That place of ultimate authority—your heart,” says Ouikahilo.

This project, done in memory of Rob Edson and Kelly Kuball, is presented by 44 Hearts, in partnership with Wacheva Cultural Arts, Ophelia’s Place and the Chancellor’s Feinstone Grant for Multicultural Initiatives at Syracuse University.

For more information about 44 Hearts, visit http://www.facebook.com/44hearts and check out Teng’s trailer for the series “When Your Heart Speaks.”