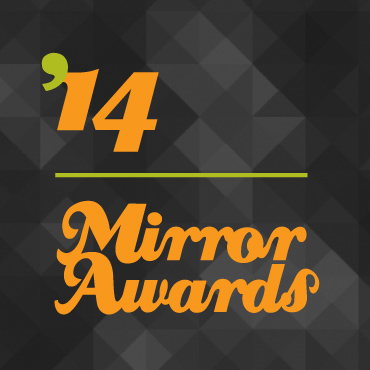 The S.I. Newhouse School of Public Communications has announced the finalists in the 2014 Mirror Awards competition honoring excellence in media industry reporting. Winners will be announced at an awards ceremony on June 4 in New York City.

The finalists, chosen from a pool of more than 350 entries by a group of journalists and journalism educators, are:

David Zaslav, president and CEO of Discovery Communications, will be honored with the Fred Dressler Leadership Award. Re/code’s Kara Swisher and Walt Mossberg will receive the i-3 award for impact, innovation and influence.

For information about ticket and table sales for the ceremony, contact Sarah Hope at 315.443.5711 or mirror@syr.edu. For media inquiries, contact Wendy Loughlin at 315.443.2785 or wsloughl@syr.edu.