Nearly three years ago, Mark Linder launched “IMAGES? Precisely!” in his role as Chancellor’s Fellow at the Syracuse University Humanities Center. This three-year event series in the transdisciplinary humanities has featured numerous influential scholars and artists whose work contemplates the status of images in today’s culture.  The final “IMAGES? Precisely!” event will be held on Wednesday, April 9.

The two-part event will begin with a two-hour seminar at 3 p.m. in the SU Humanities Center Seminar Room, 304 Tolley Building. The seminar will feature Barbara Stafford, Distinguished University Visiting Professor at Georgia Institute of Technology, and Anke Finger, associate professor of German studies, media studies and comparative literature at the University of Connecticut. Following the seminar, Stafford will give a lecture, which is co-sponsored by the Interdisciplinary Neuroscience Program, at 6 p.m. in Kittredge Auditorium in Huntington Beard Crouse Hall.

“I’m thrilled and honored to have Barbara Stafford as the concluding speaker in the series. She is among just a handful of scholars in any field whose work has fundamentally altered our understanding of images and possible research on images in both the humanities and the sciences,” says Linder. “It has been an inspiring three years and, looking back, I feel privileged to have been able to bring such distinguished thinkers to SU for the project.” 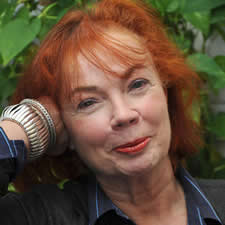 Stafford is a prolific scholar who began her career as a groundbreaking art historian of the visual languages and scientific images and the Enlightenment who has since pursued multiple transdisciplinary intersections among the arts, sciences and optical technologies. Most notably, she was among the first to see the revolutionary potentials and problems for the humanities that arose as a result of neuroscience imaging. Stafford is the author of “Good Looking: Essays on the Virtue of Images and Echo Objects: The Cognitive Work of Images.”

Finger is a leading scholar of the Czechoslovakian/Brazilian philosopher Vilem Flusser, whose writings on photography and technical images were not fully appreciated in his lifetime, but have been the subject of intensive research lately. Finger is the co-author of “Vilem Flusser: An Introduction,” and co-founder of the journal Flusser Studies.

“I applaud Mark for a successful three-year run and am honored to be a part of “IMAGES? Precisely!”’s last event,” says Sandra Hewett, who along with her role as professor of biology, is also the Beverly Petterson Bishop Professor of Neuroscience and executive director of Interdisciplinary Neuroscience Studies. “This event is particularly special to me as it tackles some tough questions associated with neuroscience imaging. I am interested in hearing more of Stafford’s interpretations regarding the intersection between neuroscience and aesthetics, art history and art practice.” 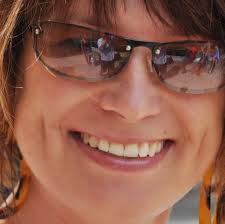 “IMAGES? Precisely!” features influential scholars and artists whose work has contributed to new understandings of images as a complex subject of inquiry and a quickly evolving mode of cultural currency. In affiliation with the Humanities Center, the series aims to provoke discussions of possible transdisciplinary projects and approaches in and beyond the humanities, in ways that invigorate, clarify and expand understanding of their place in the academy and their public significance.