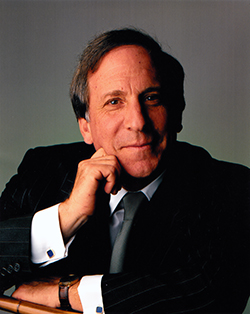 The Whitman School of Management will host its 11th annual Whitman Day on April 9 in honor of the school’s namesake, Martin J. Whitman ’49. Robert B. Fagenson ’70 will deliver the keynote address, “The New York Stock Exchange 222 Years Later” at 3:45 p.m. in the Marvin and Helaine Lender Auditorium.

Whitman Day kicks off at 8:30 a.m. in the Milton Room, located on the fourth floor of the Whitman building, with a panel discussion, “Modern Security Analysis: An Update.” The discussion will be moderated by J. Daniel Pluff, vice president and financial advisor for Morgan Stanley Smith Barney, and feature panelists Whitman, chairman of the board of Third Avenue Management; Fernando Diz, Whitman Professor of Finance and director of the Ballentine Investment Institute; and Timothy A. Fortner, senior vice president and complex manager for Wells Fargo Advisors.

Both events are free and open to the public.

Fagenson is co-executive chairman at National Holdings Corp. and president and CEO at Fagenson & Co., a 50-year-old broker dealer engaged in institutional brokerage as well as investment banking and money management. He joined Fagenson & Co. in 1993.

Fagenson was previously employed as a member of the New York Stock Exchange (NYSE) and of Brigantine Advisors, and as CEO of Van Der Moolen Specialist USA. During his career as a member of the NYSE, beginning in 1973, he served as a governor on the trading floor and was elected to the NYSE Board of Directors in 1993, where he served for six years, eventually becoming vice chairman in 1998 and 1999. He returned to the board in 2003 and served until it was reconstituted with only non-industry directors in 2004.

He serves on the board of directors of various public and private companies, including as a director and vice president at New York Service for the Handicapped, treasurer and director at Centurion Foundation and treasurer and director at the New York City Police Museum. He also serves as a member of the board of Cash Technologies Corp., as a director of the National Organization of Investment Professionals (NOIP), and as a director of the Federal Law Enforcement Officers Association Foundation. He is also non-executive chairman at Document Security Systems and previously served on the board at Rent-Way.