In honor of Asian Pacific American Heritage Month, the Office of Multicultural Affairs, within the Division of Student Affairs, is hosting a series of events in April. The month-long celebration officially begins on Tuesday, April 1, in the Schine Student Center atrium with a table display of student organizations and an Asian-inspired lunch hosted at the Office of Multicultural Affairs in Schine 105.

Highlights of this year’s program include the commemorative speaker on April 10, Amnat Chittaphong, who received a B.A. in political science and an M.S. in higher education administration from Syracuse University. Chittaphong is co-founder and movement builder with andJustice4All, a leadership, diversity and social justice education consulting and training organization. In addition to the lecture, there will be a daylong diversity education program on April 23 for students, faculty and staff, hosted by master diversity and communications trainer Lee Mun Wah.

Celebrated nationally in May, APA Heritage Month honors Asian Americans and Pacific Islanders who have enriched America’s history and are instrumental in its future success. APA Heritage Month consists of programs and signature events that educate members of the Syracuse University community about the histories, cultural diversity, contributions and often underreported challenges of Asian Pacific Americans.

“I am very excited about the breadth and depth of events occurring during this year’s Asian Pacific American Heritage celebratory month,” says James K. Duah-Agyeman, director of the Office of Multicultural Affairs. “I encourage the campus community to attend the events that we hope will expand our world view of the Asian American experience.”

This year’s planning committee chose to honor and explore the past, present and future contributions of Asian Pacific Americans.

“Syracuse University’s celebration of Asian Pacific American Heritage Month dares to go beyond the statistics of the fastest growing racial group in the U.S., according to the Pew Research Center, and bring attention to the rich diversity and complexity of Asian Pacific Americans through the narratives of our histories, accomplishments and hopes for our community,” says Huey Hsiao, associate director for the Office of Multicultural Affairs. 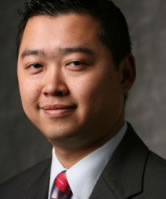 Chittaphong’s keynote address, “The MisEducation of Asian America: A CounterStorytelling Journey and Call for Movement Building,” on April 10 at 7 p.m. in the Life Sciences Building room 001, will bring attendees on a journey into the sociocultural, political, historical and contemporary dynamics of Asian America. It will explore where Asian Pacific Americans fit in the multiracial social justice movements in the United States, the recognition of being “people of color” within a black/white U.S. American paradigm, and a call to action with a focus on coalition building and the creation of a plan to create more sustainable movements for social change on a united front. Chittaphong is a seasoned diversity and inclusion/leadership trainer/educator, social justice/mission integration consultant, and community activist, with more than 16 years of experience in the field. The event is free and open to the public. 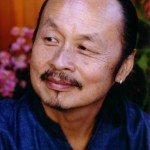 Other highlights of this year’s heritage month events include:

April 4: Higher Learning: Lessons Outside of the Classroom, 2 p.m., Peter Graham Scholarly Commons, Bird 114
A conversation with Mia Tuan, interim dean of the University of Oregon’s college of education

April 17: The “Yellow” Cow with Eddo Kim, founder & CEO of The Supply, 7 p.m., Grant Auditorium
In Seth Godin’s book “The Purple Cow,” he discusses how companies such as Apple and JetBlue have succeeded by establishing a brand that was extraordinary and remarkable.

A full events calendar for APA Heritage Month is also available on OMA’s web site at http://multicultural.syr.edu/_documents/APA%20Heritage%20Month%20Calendar%20-%20FINAL.pdf and are available for pick up in Schine, Suite 105. For more information on APA month events, contact Hsiao at huhsiao@syr.edu or visit Twitter at  @SUAPAMonth or Facebook at facebook.com/SUAPAMonth.