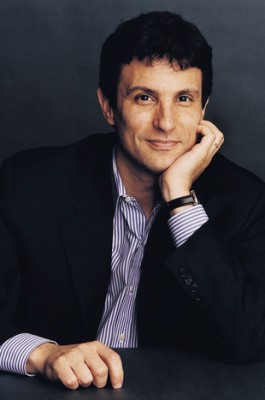 Pulitzer Prize-winning author David Remnick, editor of The New Yorker and sought-after expert and commentator on Russia, will deliver the 2014 Commencement address at the joint ceremony for Syracuse University and the SUNY College of Environmental Science and Forestry (SUNY-ESF) on Sunday, May 11, in the Carrier Dome. Remnick will also be awarded an honorary degree, a Doctor of Humane Letters, at the 160th Commencement exercises.

“As an author and journalist, David Remnick is one of the most insightful chroniclers of world events and the people who shape them,” says SU Chancellor and President Kent Syverud. “He excels at recognizing a great story and knowing how to tell it well, whether the subject is the fall of the Soviet Empire or the rise of Barack Obama.”

“His insatiable curiosity, excellence at his craft and integrity are qualities we work to cultivate in all our students, and I know the message he will share will make this momentous day even more special for them,” Syverud adds.

A graduate of Princeton University, Remnick began his reporting career at the Washington Post in 1982. After six years, he became the Post’s Moscow correspondent. He joined The New Yorker as a staff writer in 1992 and has written more than 100 pieces for the magazine. In 1998, he was named editor and since then, The New Yorker has won 33 National Magazine Awards. In 2000, Remnick was named Advertising Age’s Editor of the Year.

Remnick is the author of several books, including “King of the World,” “Resurrection” and “Lenin’s Tomb,” for which he received both the Pulitzer Prize for nonfiction and a George Polk Award for excellence in journalism. His most recent book, “The Bridge: The Life and Rise of Barack Obama,” was published by Knopf Doubleday in April 2010.

Remnick is married to reporter Esther Fein of The New York Times and the couple has three children, Alex, Noah and Natasha. His last visit to the SU campus was in 2008 to dedicate the Bill Glavin Magazine Lab at the S.I. Newhouse School of Public Communications.

SU’s Commencement speaker is chosen through an annual selection process that gives students, staff, faculty, alumni and others in the University community the opportunity to offer speaker suggestions through a website.

An announcement on the complete list of 2014 honorary degree candidates will be made in a few weeks. For full information on Commencement 2014, visit http://commencement.syr.edu.