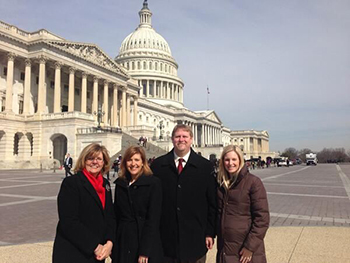 Schmeling appeared as part of a spouse and policy panel featured at the MOAA Military Spouse Symposium “Keeping a Career on the Move,” a professional development conference for all military spouses. Schmeling joined fellow panelists to discuss the military spouse employment report, as well as state policies and national programs that assist military spouses and their career opportunities. IVMF founding partner JPMorgan Chase was the executive sponsor of the event.