Syracuse University’s annual Philanthropy Week will kick off on Monday, March 31, beginning a weeklong series of special events planned to raise awareness about the critical role that philanthropy plays at the University—and in society as a whole—and to recognize those who support SU through generous contributions of time, knowledge and money.

“Philanthropy week is a time when the entire SU community comes together to thank all of our amazing donors and supporters who make the SU experience the best it can be,” says Ivan Rosales-Robles, a junior accounting, finance and policy studies major and a member of the Student Philanthropy Council. “We hope every student takes advantage of all the opportunities they have on campus and consider leaving their own legacy. Together, we can leave SU even better than when we first arrived.”

Members of the Student Philanthropy Council, an organization created in 2010, serve as hosts for the week. These ambassadors, students from various academic majors and class years, share a common commitment to giving back and supporting SU and helping to build a culture of philanthropy on campus.

The tuition and fees that students pay cover only about 85 percent of the cost of running the University. Philanthropy Week is held annually in April—approximately 85 percent of the way through the school year—to symbolize the time when tuition “runs out.” Philanthropy and other income cover SU’s operating expenses for the remainder of the academic year.

“Philanthropy Week is the perfect time to highlight the impact made by our donors and the many opportunities they make possible for students. It’s fantastic to see students rally around philanthropy, and our Orange Circle Award recipients demonstrate how a belief in making a difference can be put into action,” says Kristen Duggleby, assistant director for Leadership Annual Giving.

Support from Howie Phanstiel ’70, G’71 and his wife, Louise, played a large role in the creation of Philanthropy Week. In 2010, the couple established the Phanstiel Scholars program, which provides financial resources for middle-class students to attend SU and fosters a spirit of philanthropy among Phanstiel Scholarship recipients. Phanstiel Scholars are expected to pay forward their time, money and talent to make the world a better place.

Howie Phanstiel, a graduate of The College of Arts and Sciences and the Maxwell School of Citizenship and Public Affairs, and Louise Phanstiel gave $20 million to create the Phanstiel Scholars program. In addition, they have given $5 million to the Maxwell School for the creation of the Phanstiel Chair in Strategic Management and Leadership, which serves their vision for promoting outstanding leadership in the public sector. Additionally, the Phanstiels made a gift of $1.2 million to help finance the building of the Carmelo K. Anthony Basketball Center. 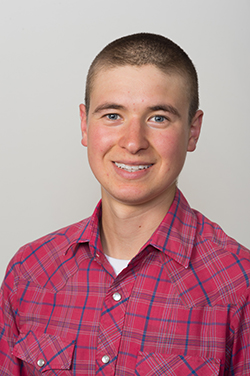 Another component of the Phanstiel Scholars program is the Phanstiel Lecture. This year’s lecture will be given by Andrew Lunetta G’14, founder of Pedal to Possibilities, a program that offers Syracuse’s homeless and underserved group-bike rides and the opportunity to earn their own bicycles.

The Orange Circle Awards will be presented immediately following the lecture to recognize altruistic members of the Syracuse University community who have done extraordinary things in service to others. This year’s Orange Circle recipients are Thomas Blumer G’82, e5m theater troupe, Christopher Meek ’92 and Mary Gilmore Smith ’29, G’38 (honored posthumously).

Monday, March 31—Class Act Day. If you are a senior at SU, this is your chance to leave your legacy. Support the part of SU you love the most by making a gift to the 2014 Senior Class Giving Campaign. Give $20.14 or more and you’re invited to the Donor Appreciation Event at Club 4.4 in the Carrier Dome on April 23. For more information, visit http://classact2014.syr.edu.

The 2014 Phanstiel Lecture—“Philanthropy: Who Says It’s a One-Way Street?”—will feature Andrew Lunetta G’14, founder of Pedal to Possibilities. Lunetta has worked closely with the city’s homeless for the past five years, first while studying at Le Moyne College and working for Catholic Charities at the Oxford Street Inn homeless shelter and the Brady Faith Center. In 2012, he opened a home for men making their way out of the shelter system, and currently lives there with the men as he pursues a master’s degree in public administration from SU’s Maxwell School. During his brief talk, Lunetta will talk about his work with the homeless, the impact he’s made and the profound mark those experiences have left on him.

The Orange Circle Awards will be presented immediately after Lunetta’s lecture.

Also on April 3, a Philanthropy Week Scavenger Hunt will take place all day. Take photos with philanthropy-related items around campus and you could win a retailer gift card or SU swag. Sign up at tables in Schine Student Center and campus dining halls on that day.