Shepard Is Next Speaker in Carver Series Today

Short story writer and novelist Jim Shepard is the next presenter in the spring 2014 Raymond Carver Reading Series at 5:30 p.m. today in Gifford Auditorium. A question-and-answer session will precede the reading from 3:45-4:30 p.m. 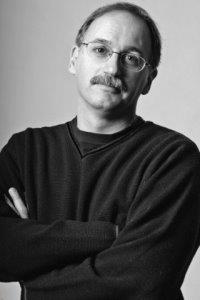 Shepard was a 2007 National Book Award finalist in fiction for his short story collection “Like You’d Understand, Anyway” (Knopf, 2007). The book also won the 2007 Story Prize and appeared on the New York Times’ Top 100 Notable Book for 2007. During a February 2008 ceremony in which he accepted the Story Prize, Shepard said his literary success comes from having “the emotional inner life of a 10-year-old” and the curiosity of a nerd.

The collection of first-person stories reflects an eclectic sensibility, focusing on varied topics, including the 19th-century Australian frontier, Hadrian’s Wall, the 1986 Chernobyl tragedy and Nazis searching for proof of the Yeti. The collection “serves as testament not only to Jim Shepard’s talents but also to the power of the short story itself, forged from the world with a sharp eye and a careful ear, serving no agenda but literature’s primary and oft-forgotten one: the delight of the reader,” said a New York Times Book Review.

Shepard has written three other story collections: “You Think That’s Bad” (Knopf, 2011), “Love and Hydrogen” (Vintage, 2007) and “Batting Against Castro” (Knopf, 1996). His short stories have appeared in outlets that include Harper’s, McSweeney’s, the Paris Review, the Atlantic Monthly, Esquire, DoubleTake, the New Yorker and Granta. His stories have been included four times in “Best American Short Stories.”

He is the author of six novels, including “Project X” (Knopf, 2004). The novel imagines the motivation and pain behind two teenage misfits plotting their revenge in the era of Columbine-style school massacres. “Shepard boldly addresses the volatile subject of teen violence with cleansing candor, equanimity and sympathy,” wrote Booklist.

In an interview with the literary website FiveBooks.com, Shepard compared writing short stories to guerrilla warfare: “You get in fast, do what’s necessary and get out. … The analogy is meant to illuminate the relative alacrity and economy with which short stories operate, as opposed to novels, where it sometimes feels like there’s a lot of groundwork that must be laid before you get to the main body of the narrative.”

He also said the short story form seems “to be suited to our frenetic modern lifestyle. … Short stories at their best show us how we live and why we live the way we live.”

SU’s reading series is named for Raymond Carver, the great short story writer and poet who taught at SU in the 1980s and died in 1988, and is presented by the Creative Writing Program in The College of Arts and Sciences.

Spring 2014 Series Schedule
The series will continue with the following authors. Further information is available by calling 315-443-2174.

April 16: Brooks Haxton G’81 is the author of eight books of original poems and translations from the French and ancient Greek. His books include “They Lift Their Wings to Cry” (Knopf, 2008) and “Uproar: Antiphonies to Psalms” (Knopf, 2004). He is the translator for “Selected Poems” by Victor Hugo (Penguin Classics, 2002). His forthcoming book, “Fading Hearts on the River” (Counterpoint, May 13, 2014), follows his son Isaac’s unlikely career as a poker player. Haxton teaches English in The College of Arts and Sciences.