Karen Tumulty of The Washington Post is the winner of the 2013 Toner Prize for Excellence in Political Reporting. 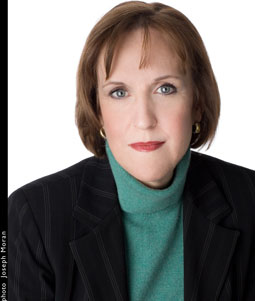 The Prize recipient and an honorable mention honoree were announced March 24 in Washington, D.C., at a celebration with remarks by Vice President Joe Biden. Both Toner and Biden are alumni of Syracuse University. Biden graduated from the SU College of Law in 1968.

SU Chancellor Kent Syverud praised the Toner Prize honorees’ work. It “highlights the critical need for dedicated journalists who understand the role of an independent and free press, and fulfill that role with integrity and a passion for the truth,” Syverud said in his prepared remarks.

Tumulty won the Toner Prize for her engaging reporting on politicians, such as Senate Minority Leader Mitch McConnell of Kentucky and Sen. Ted Cruz, R-Texas, as well as her in-depth look at the political landscape in West Virginia. A standout of her coverage was a poignant profile of a Vietnam war veteran, Earl Smith, who gave his 101st Airborne screaming eagle patch to then-Sen. Barack Obama as he campaigned for the presidency. Her work, as one judge described it, shows “great breadth of reporting, excellent looks at politics from ground level, marries politics and humanity.” 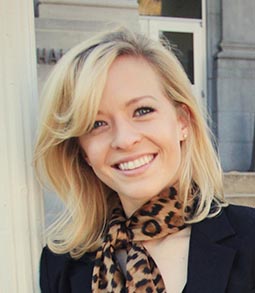 Davidson covers the rural Ozarks area where she grew up. She single-handedly reported both sides of the Medicaid expansion debate in a series of stories. Davidson “did a fabulous job of breaking down this national issue into bite-size chunks,” the judges said.

“The work of these two outstanding journalists is exactly the kind of excellent reporting the Toner Prize was meant to honor,” said Charlotte Grimes, Knight Chair in Political Reporting and administrator of The Robin Toner Program in Political Reporting at the Newhouse School. “This is reporting and writing that brings alive issues, people and places in ways that enrich our democracy.”

At the Toner Prize celebration, the awards were presented by Robin Toner and Peter Gosselin’s children, Nora and Jacob.

To judge the competition, 33 veteran journalists—most of them now teaching journalism at universities—served on 11 juries to recommend finalists. The Toner Prize and honorable mention recognition were awarded by the five finalist judges:

Toner, who graduated from Syracuse University in 1976, spent 25 years as a reporter for the New York Times. She began her journalism career in West Virginia with the Charleston Daily Mail and reported for the Atlanta Journal-Constitution. For the New York Times, she covered five presidential campaigns, scores of Congressional and gubernatorial races and most of the nation’s major public policy issues. She died in 2008.

Her family, friends, classmates and Syracuse University have created an endowment for the Robin Toner Program in Political Reporting.