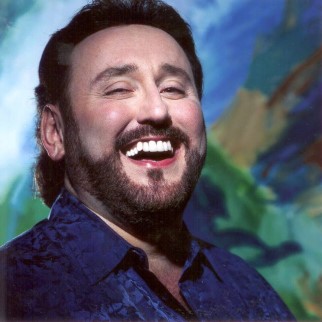 Renowned heldentenor Jon Fredric West will present a concert on Sunday, March 30, at 2 p.m. in the Rose and Jules R. Setnor Auditorium, Crouse College. The performance is free and open to the public.

The program will include music by Schubert, Tosti, Di Capua, Wagner, Sondheim and Cohan. Eric Johnson, a faculty member in the Rose, Jules R. and Stanford S. Setnor School of Music in the College of Visual and Performing Arts, will appear as a guest artist. Sar-Shalom Strong will accompany on piano.

West has established himself as the world’s foremost interpreter of the title role in Wagner’s “Siegfried” and Siegfried in “Götterdämmerung.” He has sung the roles at the Metropolitan Opera in New York City under the baton of James Levine.

The concert is presented as part of the Baker Artist Series in the Setnor School of Music. Founded in 2013 with a grant from the Dexter F. & Dorothy H. Baker Foundation, the Baker Artists Program allows the Setnor School to offer a more robust on-campus residency program and provides support for music majors to take master classes and attend workshops and performances in major music cities.