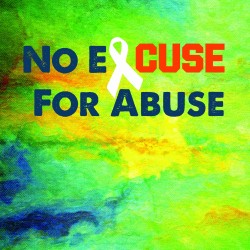 “This campaign represents a special relationship between the University community and the City of Syracuse because we work in coordination with Vera House, and together, we work under a shared purpose: to let people know that domestic violence continues to plague our society,” says Ashlee Newman, second-year co-chair of the campus campaign. She is a dual major studying political science and policy studies within The College of Arts and Sciences and the Maxwell School, with a strategic management minor in the Whitman School of Management. “As someone whose family has endured such a tragedy, this campaign represents a way to continue my promotion of societal awareness in order to initiate change.”

Purchase wristbands and chocolate ribbons at the following locations:

“The act of wearing the wristband is simple, but powerful. It helps foster and create a sense of community, with the goal of ending violence,” says Paul Ang, second-year co-chair of the campus campaign and a master’s student in the Cultural Foundations of Education program in the School of Education. “I hope that men, specifically, are beginning to hear the call to get involved, and take part in ending domestic and sexual violence. Only by coming together, as an inclusive community, can we accomplish this task.”

George Kilpatrick G’95 is set to kick off the educational events on March 25 with a conversation about sexual and relationship violence at 2 p.m. in the Peter Graham Scholarly Commons of Bird Library.

The remaining events are as follows:

Take Back The Night
Wednesday, April 9, Hendricks Chapel
Rally and march to raise awareness about domestic, sexual and relationship violence.

According to Vera House, females between the ages of 16 and 24 experience the highest rate of domestic violence. In 2010, Vera House sheltered 474 women, children and men; provided youth counseling services to 380 children; taught 446 men in the domestic violence education and accountability program; and reached 16,047 people through their school-based, community and professional education programs.

Vera House continues to be the primary resource in Onondaga County for people experiencing domestic and sexual violence.

Wearing a wristband during this campaign period makes an important statement that you will not condone, support or commit domestic or sexual violence.

For more information on the SU White Ribbon events, contact Newman at asnewm01@syr.edu or Ang at paang@syr.edu.