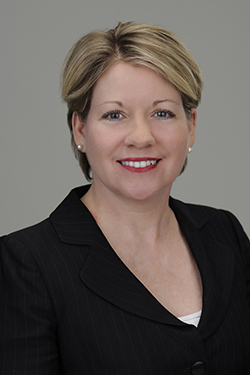 Patricia Betron ’88, ESPN’s senior vice president of multimedia sales, will speak at the Martin J. Whitman School of Management on Thursday, March 20, at 12:30 p.m. in the Marvin and Helaine Lender Auditorium. The event is free and open to the public.

Betron was promoted to senior vice president, multimedia sales, ESPN customer marketing and sales, in February 2005. In this role, she develops new and incremental business by selling multimedia programs across all ESPN-branded entities, including sports content on ABC. Betron first joined ESPN in May 1999 as a director of customer marketing.

Prior to joining ESPN, Betron served as director of the Midwest office in new media sales, group station sales, for ABC Inc. from December 1996-May 1999. In May 1995, Betron served as a national marketing executive, developing new revenue from advertisers and opened the first regional sales office dedicated solely to new business development.

Previously, Betron served as an account executive for WLS-TV, an ABC-owned station, in Chicago from April 1991–May 1995. She first joined ABC Inc. in September 1989, serving as a senior marketing analyst/presentation writer for National Television Sales in New York. She designed and presented marketing presentations to advertisers and agencies to increase revenue of existing accounts and target new business development for ABC-owned televisions stations until April 1991.