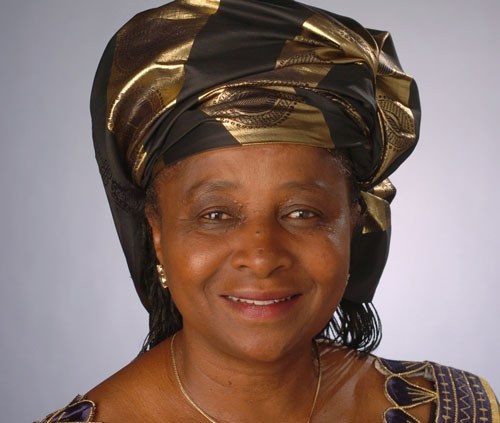 Mĩcere Gĩthae Mũgo, a preeminent African American studies scholar in The College of Arts and Sciences, is taking center stage, literally and figuratively.

Recently, she was cited by The Kenya Gazette, the official newspaper of the African republic, as the recipient of one of Kenya’s highest awards: Elder of the Order of the Burning Spear (EBS).

The article states she was recognized by Uhuru Muigai Kenyatta, president and commander-in-chief of Kenya, for her “distinguished and outstanding services, rendered to the nation in various capacities and responsibilities.”

The EBS was presented to Mũgo—who was forced into exile from her native Kenya in 1982 due to her political activism and moved to Zimbabwe and then the United States to teach—as part of the National Honors Act of the new Kenyan constitution.

“I am both humbled and honored to receive this award,” says Mũgo, a Meredith Professor of Teaching Excellence in the Department of African American Studies (AAS). “Regardless of where I live, Kenya will always be my home. It’s my spiritual epicenter. Being recognized in this way is gratifying and healing.”

Further proof of Mũgo’s remarkability may be found this month at the University of California, Irvine, whose drama department is presenting her co-authored play, “The Trial of Dedan Kimathi.” Inspired by the Kenyan nationalist who led the Mau Mau uprising against the British colonial government in the 1950s, the play speaks to ongoing divisions of race, gender, class, and language.

“The story of Dedan Kimathi [who was captured and executed in 1957] is as relevant today, as it was 60 years ago,” says Mũgo, who co-wrote the play with Ngugi wa Thiong’o, Distinguished Professor of Comparative Literature and English at UC Irvine. “Our hope is that the work will inspire a dialogue among people from many backgrounds—not just American or Kenyan—about the importance of freedom and equality.”

Mũgo considers the production, which runs through March 16, a bona fide success. In addition to all 10 performances having been sold out, she and Ngugi were guests of honor at opening night on March 8—an occasion for which her surviving daughter, Mumbi ’97, G’08, traveled from Indianapolis. (Mũgo’s other daughter, Njeri, died of cancer in 2012, while teaching in China.) Another special guest was 90-year-old Mitsuye Yamada, a famous Japanese American writer and survivor of the Minidoka War Relocation Center in Idaho during World War II.

“I returned to Syracuse feeling uplifted and inspired by what I witnessed,” says Mũgo, regarding the production. “Everything was truly fabulous and way beyond my expectations.”

The making of the play is the subject of a forthcoming documentary, produced by UC Irvine.

Mũgo joined SU’s faculty in 1993, following appointments at Cornell and St. Lawrence universities, as well as at the universities of Nairobi (where she was Kenya’s first female dean) and Zimbabwe. She has held many important posts at SU, including chair of AAS; director of AAS’ Graduate Studies Program; co-founder of the M.A. in Pan African Studies, which she helped develop and launch; and the first long-term director of the campuswide Africa Initiative.

Mũgo has written or edited 15 books—including her acclaimed collection of speeches and essays, “Writing and Speaking From the Heart of My Mind” (Africa World Press and Red Sea Press, 2012)—all of which draw on indigenous African cultural traditions and address women’s rights and education.

In addition to being an accomplished poet, playwright and literary critic, Mũgo is founder and former president of both the Pan African Community of Central New York and the United Women of Africa Organization. She also is an official speaker for Amnesty International.