914Works to Present Robert Shetterly’s ‘Americans Who Tell the Truth’ 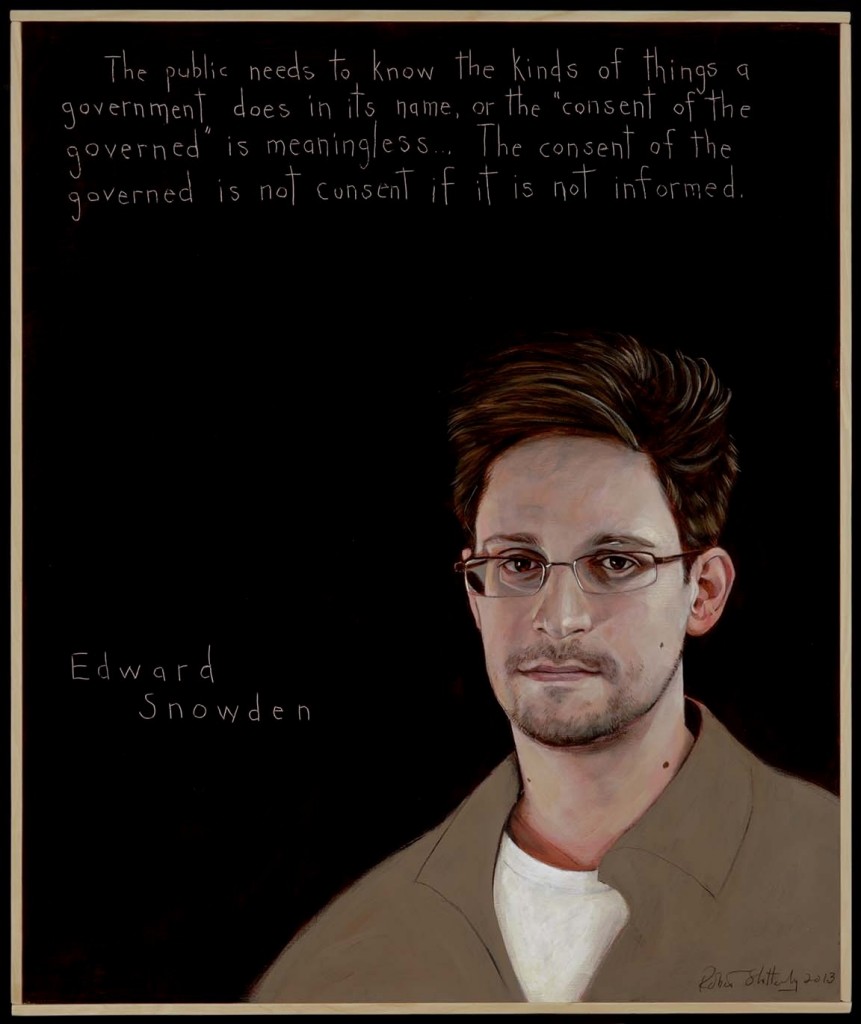 Robert Shetterly’s “Americans Who Tell the Truth: Models of Courageous Citizenship,” an exhibition of portraits that present citizens who courageously engage issues of social, environmental and economic fairness, will be on view March 18-April 11 at 914Works, 914 E. Genesee St., Syracuse.

Born in Cincinnati, Shetterly graduated from Harvard College in 1969 with a degree in English literature. After moving to Maine in 1970, he taught himself drawing, printmaking and painting. While trying to become proficient in printmaking and painting, he illustrated widely. For 12 years he created the editorial page drawings for the Maine Times newspaper and illustrated the National Audubon Society’s children’s newspaper, Audubon Adventures, and approximately 30 books.

Shetterly’s paintings and prints are in collections throughout the United States and Europe. A collection of his drawings and etchings, “Speaking Fire at Stones,” was published in 1993. He is well known for his series of 70 painted etchings based on William Blake’s “Proverbs of Hell” and for another series of 50 painted etchings reflecting on the metaphor of the Annunciation.

For more than 10 years Shetterly has painted the “Americans Who Tell the Truth” series, which has traveled around the United States since 2003. The portraits give him an opportunity to speak with children and adults about the necessity of dissent in a democracy, the obligations of citizenship, sustainability, U.S. history and how democracy cannot function if politicians don’t tell the truth, if the media don’t report it and if the people don’t demand it. Learn more at http://www.americanswhotellthetruth.org.

“Americans Who Tell the Truth” is part of the “American Whistleblower Tour: Models of Courageous Citizenship” hosted this month by Syracuse University, in partnership with Upstate Medical University, SUNY Cortland and ArtRage. Part of a national campaign sponsored by the Government Accountability Project, the Whistleblower Tour seeks to educate the public—particularly university students—about the phenomenon and practice of whistleblowing.

For more information about the exhibition and the tour, contact James Clark at 315-443-8072 or jaclark@syr.edu.

An artistic space of the College of Visual and Performing Arts, 914Works presents individual or group exhibitions, readings and small performances.